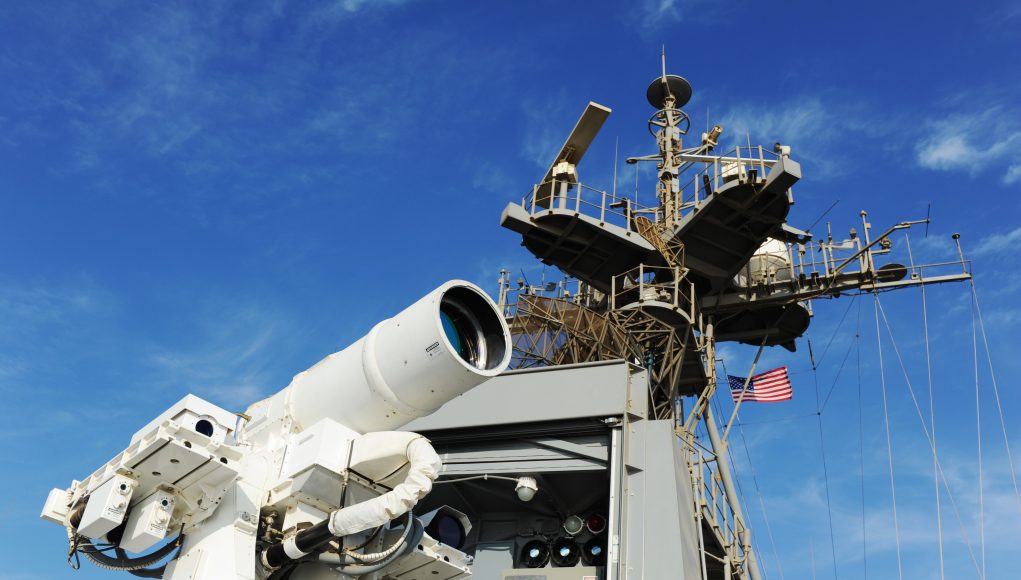 When missile development has moved to hypersonic speeds, a speed-of-light response is necessary unless you want to loose the fight. Vaporize or be vaporized.

The U.S. Navy’s new MK 2 MOD 0 laser shot down a drone in testing about a year ago. The laser is the Navy’s most powerful shipboard laser to date. The weapon, also known as LWSD, has the power to shoot down drones, rockets, and artillery shells.

Fast Steering Mirrors (FSMs), are used to rapidly and precisely maintain the laser beam on target, even when the target is moving, the ship carrying the laser is moving and there is atmospheric interference in between.

To enable this, the beam director is closely coordinated with high-resolution, fast frame rate cameras with advanced algorithms to provide feedback to the beam director, so that the mirrors can make extremely fast and precise movements to keep the beam on-target.

The challenge has been to build mirrors which will not be destroyed by a laser beam which is designed to punch holes in hostile vessels or drones miles away.

They aren’t new to the fleet. The AN/SEQ-3 Laser Weapon System or XN-1 LaWS, pictured above, was installed on USS Ponce for field testing in 2014. In December 2014, the United States Navy reported that the LaWS system worked perfectly against low-end asymmetric threats, and that the commander of Ponce is authorized to use the system as a defensive weapon.

The British Royal Navy has its own laser system, “Dragonfire“. There is an article about the development and modification of the system here (h/t Claudio)

The need to destroy incoming drones has spurred the development of these weapons. The word “drone” merely means that it is an unmanned aircraft. 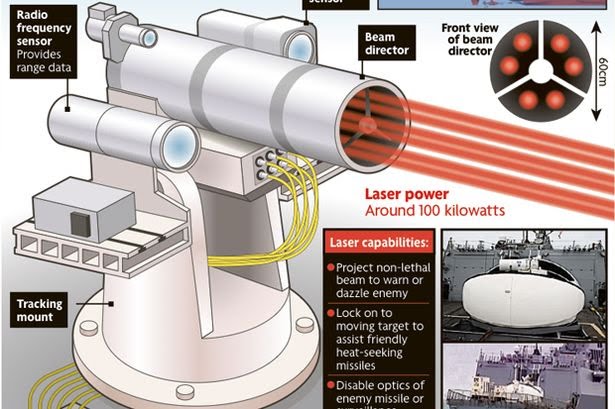 The Chinese are working hard to develop similar systems (pictured right), from rail guns to lasers. Naval platforms are by their nature mobile, and they have ship’s power to run the weapon. They’ve become ideal platforms for these systems and as tech demonstrators until they can be deployed to the fleet.

Which brings us to the rail gun. Nobody knows whether they will achieve their operationally desired results. A railgun is a linear motor device, typically designed as a weapon, that uses electromagnetic force to launch high velocity projectiles. The projectile normally does not contain explosives, instead relying on the projectile’s high speed, mass, and kinetic energy to inflict damage.