America: Imagine a World without Her (Book Review) 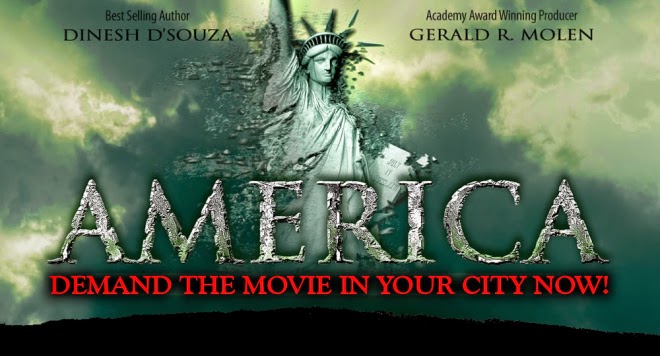 I bought Dinseh D’Souza’s book on Kindle ($15.00) and read it. Now it’s time to review it. There are two views of America. One view, taught by the “progressive” movement holds that the nation is a cancer on the planet, guilty of massive theft, expropriation, murder, oppression and injustice. It’s the communist line that President Obama grew up around as a child and young adult. It’s the view that was taught by Reverend Jeremiah Wright in the church that the president attended for 21 years, and the place where he met his wife.
D’Souza sets out to debunk the progressive rant and to set the record straight. The book accompanies a movie of the same name which has been released and is in (some) theaters.
In his book, D’Souza asks some questions that need asking. For example, why are the descendants of slaves in America better off than the Africans are in the “old world” they came from? The book is a good companion to Dr. Ben Carson’s book, One Nation.
I enjoyed reading what another reviewer wrote and it echoes my sentiments completely:

Despite the temporary setbacks in the nation, given an out-of control government; profligate public expenditures with a monstrously escalating national debt; the abuses and corruption of the redistributive welfare state, maintained by an increasing tax burden on middle class Americans; and the prevailing progressive accusatory views in liberal academia, progressive Hollywood, and the popular culture — D’Souza thinks America is still great and worth defending.

You won’t find the book in Costco (a major corporate donor to the Obama campaign) because they pulled it from the shelves under pressure from the White House. However, due to public pressure, on July 8 (yesterday) they announced that they are restocking the book. It should make you want to read the book even more.

Breaking News: America: Imagine a World without Her is now #1 on the best seller list.