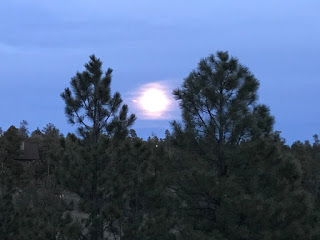 Facebook
Twitter
Pinterest
WhatsApp
I’m sitting here, looking out the window of the hovel at the rising Wolf Moon, waiting for the total eclipse, listening to Pink Floyd, Warren Zevon and Credence Clearwater.

As the moon rises, the wolf begins to eat it, until the Moon is gone – then the wolf craps it out. That’s the scientific explanation and I’m going with it.
The wolf hasn’t begun to feed yet, and the fare at the White Wolf Mine was a humble tuna sandwich and chips washed down with a Gatorade. There’s a fruit cup (Dole mixed fruit in cherry juice) with my name on it for desert.
As with so many portents in the sky, people attach magical meaning to the blood moon and to the eclipse. I’ve heard that after this lunar eclipse ends, the world will know peace and nobody will fear the reaper anymore. 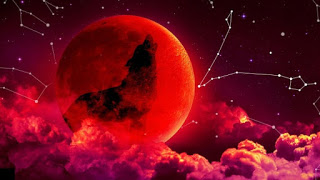 People believe what they will but I expect that the world will be just as good and bad when I awaken to a Monday as it was when I went to sleep.
Or maybe God will call the wicked home and when I awaken, almost all of Congress will be dead.

Now that would be something, wouldn’t it?