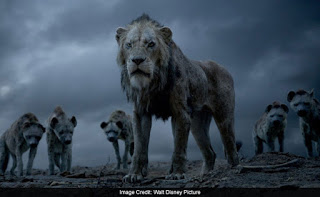 It’s All Saint’s Day, so it’s time for another sermonette. Normally I wait for Sunday, but, you know how it goes.

In the films and stage renditions of the lion king, Scar, the outcast brother of King Simba (a lion) rules a pack of hyenas that destroy everything that they touch. It brings to mind the Democrats in Congress and the corrupt, lying mainstream media in specific and the Deep State in general. Selfish beyond measure, their concern is not the republic or its people, but their own narrow, selfish interests.

The serve only themselves, they enrich only themselves and they regard only themselves. I see that whenever I see the impeachment passion play being acted on the media’s stage. I think about it when I consider the California State Executive and Legislature officers and the damage that they so gleefully cause. 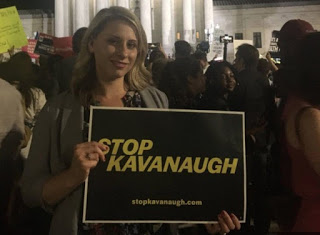 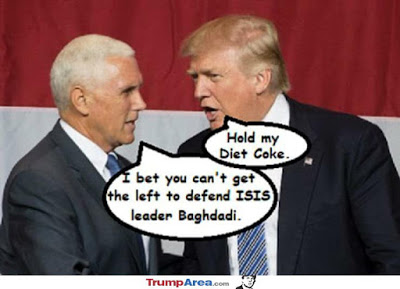 It’s Zero Bark Thirty, at long last, Bag Daddy Stopped Smoking.
…And the left is heartbroken. You read the headlines in the corrupt lying media about the tragic death of a noted cleric and holy man. A voice of peace and reason silenced by the bad orange man.
The problem with all this is that satire is DEAD because you can’t make this stuff up.
It’s this sort of thing that convinced me that I needed to remove myself from civilization and live in the Arizona mountains.
Global Cooling
I’m sure that the current coverage of the solar minimum (which could last for decades) and other indicators will cause a new and urgent need of a different sort of tax. You can’t have a cataclysm without a tax, now can you?

(read about it here) “The latest study was conducted by a team at the University of Chicago who set out to discover and understand the processes that makeup global climate.”

One thing that we can rely on is that the climate will change, just as it has over the past 3.5 billion years that the third rock from the Sun has been doing what it does. And that there will be a tax.
It may be necessary to create a new – new climate deal to deal with the threat of being frozen to death. Last night at the White Wolf Mine it got down to 12 degrees (F) and I burned cedar to push back the frost. The smoke entered the atmosphere and may help blanket the area from solar radiation, driving the mercury down further. Spooky stuff.