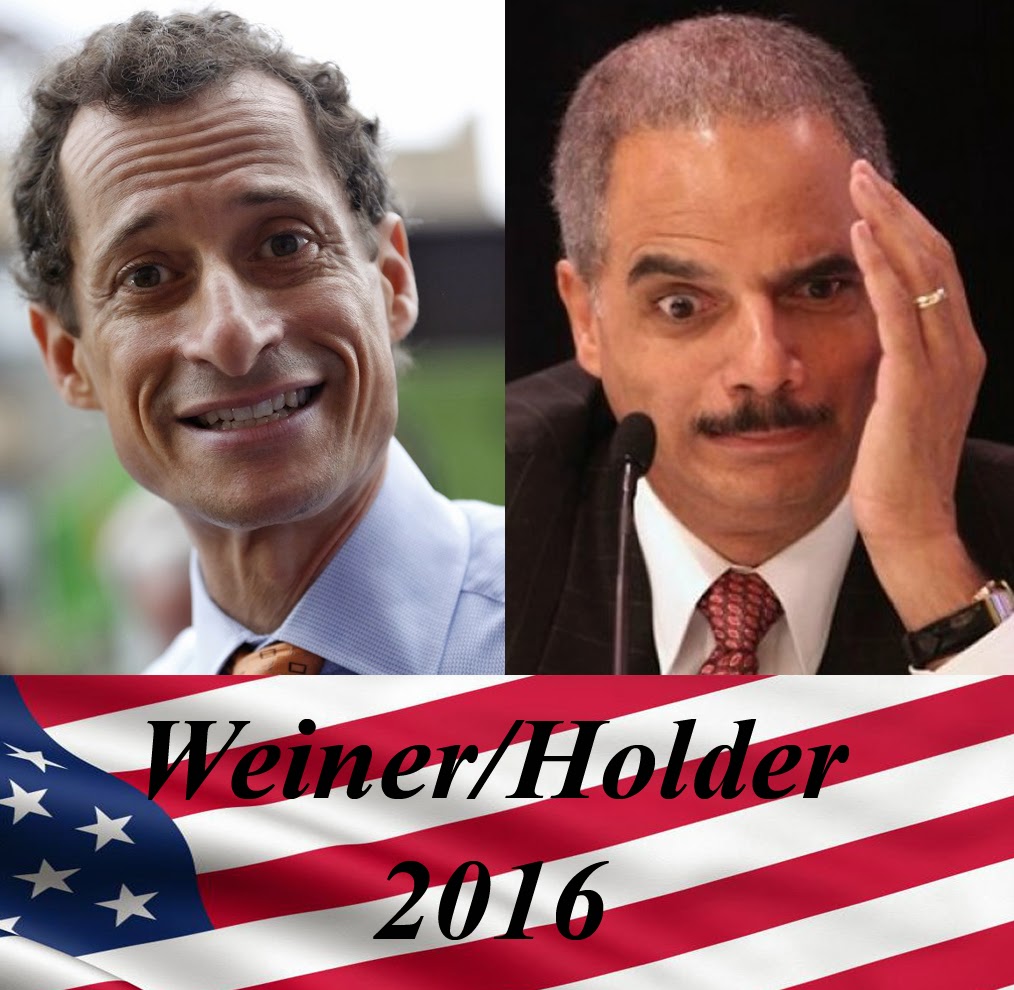 It’s not a secret that controversial US Attorney General Eric Holder is stepping down from his government post. Taking a clue from Presidential hopeful, former First Lady Hillary R. Clinton, he plans to join with New York politician and former Congressman Anthony Weiner in a run for the White House.
When asked if he felt that he could fill Vice President Joe Biden’s shoes, Holder replied, “My wingtips are the same size as his.” We at Virtual Mirage take that to mean that he’s going to try to do as good of a job as Anthony Weiner’s vice president as Joe Biden did for Barack Obama. It’s a tall order, but Holder would seem to be the man for the job.
Presidential hopeful, Anthony Weiner’s wife, Huma Weiner (Yes, that’s her name. You can’t make this stuff up.) has decided to jump from Hillary Clinton’s personal staff to take her place at her husband’s side. This has prompted insiders to question whether Mrs. Clinton’s run for the presidency is serious or whether she is simply a shill for the Weiner/Holder ticket.

Weiner/Holder will make Climate Disruption (no longer global warming, global cooling or climate change) their priority in a world made safe by the previous administration, which included Eric Holder.

Pundits and Washington insiders agree that adding the former Attorney General (a negro) to Anthony Weiner’s ticket is pure genius. If they win, Eric Holder will be the first black vice president in American history. Many feel that it’s the race card and breaking the glass ceiling that will lure many including younger voters to stick with the Democratic Party – a proven winner.

When people ask you who you favor for the highest office in the land, tell them you’re all in for Weiner – Holder. Who else can honestly promise to carry on everything that Barack has done for you? Who else is worthy of the American Presidency after Obama set his two-term record?