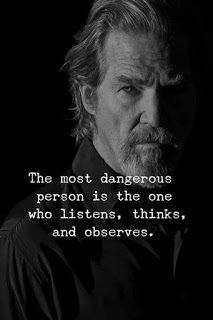 First, a Pause for the Cause –

I have a number of friends who are dead and were killed on various battlefields named and unnamed. I have a number of wrecked agents (recruited assets) who were left on the field as well. I learned recently that David W., who I worked with in the Navy is in an assisted living facility. The guy is 60, but he has the body of an 80 year old, teeth fell out, withering. There are a lot of tragedies associated with him, but my recollection of the guy is a fit guy, 6-3, very smart, very clever. Now, I’m told that he plays checkers with the Oreos.

Others survived and are doing fine. What causes one person to break and another to survive? Maybe it has something to do with will to survive. Sometime it has to do with shame. Sociopaths (Barack comes to mind) don’t live with shame because they can’t tell the difference between what’s right and wrong. If it’s good for them, it’s ‘good’.

Sometimes you just reach your breaking point and that’s it. And with that, I’m going to drift to a rant about Afghanistan.

Pardon me if I disagree with the war hawks who want the US to continue its War in Afghanistan. The early war, run by CIA and supported by US Special Forces and US Air Force (providing on-demand overhead precision bombing) worked. I think that it was a good idea. Things started to unravel and costs moved from millions to trillions when Big Army took over

America lost 2,300 soldiers listed as killed in action in Afghanistan, Pakistan and Uzbekistan. About 400 of those were killed in accidents (non-action events). Another 1,600 contractors were killed. About 21,000 combat wounds were sustained by soldiers and the number of contractors wounded is not readily available. The Department of Defense tends to parse those numbers.
Finding veteran suicide numbers specifically for the Afghanistan War, which we’ve been fighting for 17 years now is difficult.

In 2013, the United States Department of Veterans Affairs released a study that covered suicides from 1999 to 2010, which showed that roughly 22 veterans were dying by suicide per day, or one every 65 minutes. Some sources suggest that this rate may be undercounting suicides.

The military made a concerted effort to correct that horrendous problem. Treatment and proper care can serve to slow those numbers. It did in the case of my son-in-law, a Navy veteran, judged 50% disabled from his tour in Afghanistan.

A trillion + dollars into this seventeen year long war, how are we doing?

Our generosity is destructive in itself: By pouring what are enormous sums by local standards into underdeveloped economies and societies, we corrupt those we seek to help.

This isn’t a brand-new phenomenon. Our wealth created thriving black markets in 1940s Europe, but it really got underway in South Vietnam, where our largesse was economic napalm applied to our allies. We corrupted not only the Saigon government, but also undercut its military. We turned bureaucrats and officers into war profiteers, great and small. One of the reasons the North Vietnamese won was that they were too poor to be corrupt on a crippling scale: They may have been mass murderers, but they weren’t crooks (that came with time and progress).

T.E. Lawrence was a grand exaggerator and, at times, an outright liar, but he did have insights that remain useful today. Of special relevance, Lawrence noted that it’s better for the locals to do something imperfectly for themselves than for us to do it perfectly for them. Paying a warlord or politician’s entrepreneurial cousin to do the work isn’t the same thing as having the locals do it themselves—not least, because as much as nine-tenths of the money never gets applied to the road-construction or water project but vanishes like a djinn done granting wishes.
The Trump Administration seems to have come up with a “new plan”, but I’m concerned that it will end up the way the old plans did. Alexander couldn’t hold the place, the British fought two Afghan Wars in the 1800’s and gained nothing, the Russians left and eventually the Americans will too. The question is how much more blood and treasure we plan to dump in that worthless S–hole.

“Now it is not good for the Christian’s health to hustle the Aryan brown,

For the Christian riles, and the Aryan smiles and he weareth the Christian down;
And the end of the fight is a tombstone white with the name of the late deceased,
And the epitaph drear: “A Fool lies here who tried to hustle the East.”
– Rudyard Kipling
China
On 2 February, the South China Morning Post reported that Chinese President Xi Jinping appointed a new ambassador to Afghanistan in a sign of the Chinese decision to become more involved in Afghanistan. According to the paper, the new ambassador, Liu Jinsong, was raised in Xinjiang, western China, and was a director of the Silk Road Fund to promote investment in the Belt and Road Initiative, among other postings in South Asia. 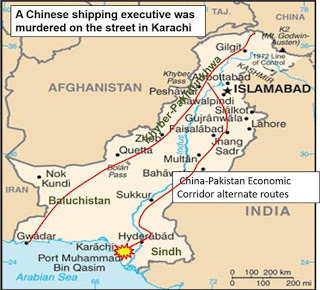 Comment: Liu’s appointment indicates that the Chinese leaders have decided that the security of the China-Pakistan Economic Corridor is so tied to security conditions in Afghanistan that China needs to intervene and be more assertive. The Chinese strategy relies on economic and infrastructure cooperation – essentially, greater prosperity — to help improve security conditions.

The strategy works, but it takes a generation or two, as in Malaysia, to persuade zealots to change their life-style.

In Afghanistan, it also relies on and takes advantage of the US-led coalition to provide security. The big difference with US assistance is that the Chinese live in the neighborhood.
A Chinese-built fort in the Wakhan Corridor. On 1 and 2 February, several press outlets reported that China is in talks with Afghanistan about building and supplying a new military base in Afghanistan’s Wakhan Corridor in Badakhshan Province, which forms the Afghanistan-China border.

An Afghan defense ministry spokesman assured the press that Afghanistan would build the base. China would assist by providing funding, training and equipment.
An Afghan defense ministry statement in January said that China would cover “all material and technical expenses for this base — weaponry, uniforms for soldiers, military equipment and everything else necessary for its functioning.”
The latest announcement provides context to reports since February 2017 about Chinese border soldiers and vehicles operating on the Afghan side of the border in the Wakhan Corridor. Some reports suggested the Chinese also would help staff the new base.
The Wakhan Corridor is a segment of the original Silk Road. In more recent times, Muslim ethnic Uighur militants and separatists from Xinjiang in western China use the Corridor for communications and supply between Uighur supporters in Central and Western Asia. Your beloved blogger took a hit and left a blood trail in the Wakhan Corridor circa 1980’s, and that’s all that I’m going to say about that.
Afghan border forces have proven unable to secure the border. Last May, Reuters reported that the Syrian government estimated that 4,000 to 5,000 Uighurs joined the Islamic State in Iraq and Syria. The Uighurs produced and distributed an anti-Chinese video in which they vowed to “shed blood like rivers” in China.
A primary purpose of Chinese involvement with this base is to stop Uighur movements through the Corridor, especially fighters returning from Syria.
The base also embodies the new policy of involvement in the internal affairs of neighbors when it suits China’s interests. China wants to include Afghanistan in the China-Pakistan Economic Corridor (CPEC).

International news organizations reported that the US B-52 bomber attack on terrorist targets in northern Afghanistan two weeks ago set a record for the number of precision-guided munitions launched at one time by a single bomber.
In terms of threat analysis, the important part of the mission was the targets. They were terrorist camps in Badakhshan Province that support Taliban operations in Afghanistan and operations of the anti-Chinese East Turkestan Islamic Movement (ETIM) in Xinjiang, China. The ETIM is an ethnic Uighur militant group that seeks to convert Xinjiang, China, into an Islamic state governed by ethnic Uighurs. Reportedly ETIM’s headquarters is in North Waziristan, Pakistan.
The B-52 attack appears to have been partly intended to assist Chinese efforts because the ETIM poses no threat to the Afghan government. However, it is affiliated with the Pakistani Taliban and al Qaida.
The 4 February air raid proves that Uighur terrorists are receiving training and refuge with the Afghan Taliban in Badakhshan. That further explains the recent Chinese agreement to help build and equip a new Afghan military base in the Wakhan Corridor of Badakhshan Province. The Chinese also agreed to supply Chinese trainers for the base.
The B-52 raid probably was not the first time that US air attacks have targeted anti-Chinese terrorists, but US-Chinese military cooperation is uncommon. The raid is the first time we have seen in open sources US forces attack an anti-Chinese terrorist camp. It also occurred on the same day that China and Afghanistan announced the new base agreement.
The US commander of NATO forces in Afghanistan said that the US will fight all terrorists wherever it finds them. It looks like mission creep relative to the mission of defeating the Taliban.