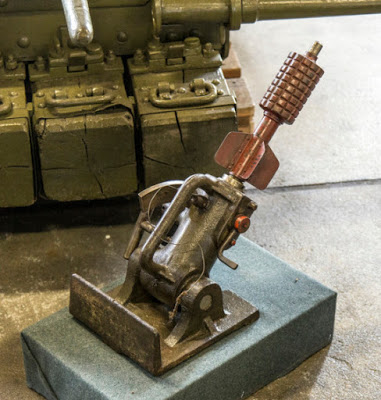 It used a spigot design where the projectile fit over a rod that contained a firing pin. Most mortars used a barrel but not this one. It was easier and less expensive to produce in small factories and didn’t need to be produced to tight tolerances. 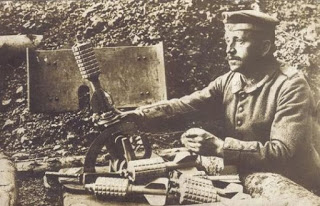 The troops also called it a  Priester -priest- because of the Hungarian chaplain who allegedly designed it, or Taube -dove- for the noise its projectiles made in flight.
The German army had it in inventory through World War One. It fired Wurfgranaten M15 and M16 finned percussion grenades, each weighing 1.8 Kg of which 400g was high explosive. It had a range of about 300 meters and a range of up to 5 shots per minute. The weapon was propelled by a blank 7mm Mauser cartridge inside the grenade.
The launcher weighed 35 kg including the base plate.