A Reprise of Controversies 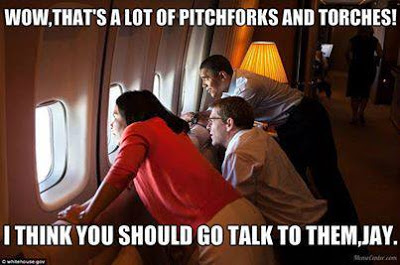 Facebook
Twitter
Pinterest
WhatsApp
Of all the scandals that are now public knowledge (with more to come, to be sure), which disturbs you the most?
1. Fast and Furious

The Obama Administration directs the Federal Bureau of Alcohol, Tobacco and Firearms to engage in a program of allowing thousands of firearms to be sold to Mexican drug cartels for the purpose of increasing the numbers of American-purchased firearms being used in crimes in Mexico to justify more restrictive firearms control legislation – resulting in the deaths of two US agents and hundreds of Mexicans.

The Obama Administration directs the Federal Bureau of Internal Revenue to halt or slow approval of the formation of companies tax-exempt status (501 (c) (3) based solely on their political affiliation. At the same time that same bureau begins to target political and financial supporters of Mitt Romney, President Obama’s opponent in the last presidential election, using intimidation, endless audits, etc. to dissuade them.

The Obama Administration directs the Environmental Protection Agency to step up enforcement against Republican Party donors such as Gibson Guitar, while ignoring their business competition who are Democratic Party donors.

4. Justice Department vs the Press

The Obama Administration takes unprecedented strokes to find out who is speaking to the Associated Press, Fox News’ James Rosen and CBS News’ Sharyl Attkisson through issuing search warrants for their telecommunication information. And then Attorney General Eric Holder lies about it to Congress.

Secretary of State Hillary Clinton has a problem. She screwed up and if the nature of her behavior were to become public, she’d never be president. And she really wants to be the next President.  She sends Ambassador J. Christopher Stevens to the US Consulate, Benghazi, site of previous attacks, to meet with people and try to “pull her fat out of the fire”. The Ambassador, he aid, Sean Smith and two CIA protective officers, Tyrone Woods and Glenn Dougherty are murdered by terrorists. In order to keep secrets buried, Clinton and the Obama Administration engage in a concerted cover up that is still going on to hide the terrible truth.

The Obama Administration expands a collection program that began under President Bush pursuant to the Patriot Act and its codicils, wherein all personal and private telephone calls and e-mail sent from and within the United States is collected and stored forever by the National Security Agency.

The US Department of Justice engages in an active cover-up to cancel the investigation of and prosecution of members of the New Black Panther Party in Philadelphia who undertook a program of voter intimidation against conservatives. The DOJ actions are apparently based on a black attorney general’s reluctance to prosecute fellow blacks.

The Department of Homeland Security changes the training that it conducts from operations that would tend to focus on radical Islamic groups and instead, shifts its counterterrorism efforts to “Sovereign Citizens”. Sovereign Citizens are generally characterized as pro-life, pro-firearm, pro-conservative and those who feel that the Internal Revenue Service is “activist” in nature.

This won’t be a scientific poll, but I’m curious how you feel about this.