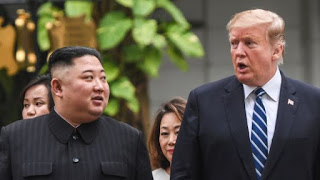 Facebook
Twitter
Pinterest
WhatsApp
Lock Her Up…
(Fox News) Ocasio-Cortez, chief of staff illegally moved $885K in campaign contributions ‘off the books…and may face jail time. Is there a way out for the crooked AOC and her cronies? The full article is worth a read. I don’t think that anyone would be surprised to learn that AOC is corrupt. She doesn’t have the Clinton files with dirt on everyone so may not survive, intact.
Palestinians Unhappy
The United States consulate in Jerusalem, which served as a de facto embassy for Palestinians, officially closed its doors in Jerusalem on Monday. The new US Embassy in Jerusalem will now service Palestinians from a broom closet next to the cafeteria. Of course, Palestinians are always unhappy, but this latest move made me laugh.
Kim’s Gambit
The Hermit Kingdom’s dictator returned home. Kim’s train rolled into the station at 3:00 am, and there was a crowd of Norks, rousted from their beds, to enthusiastically cheer the return.

The composition and size of Kim’s delegation indicate he expected to do business with the US. Kim brought his “A” team and apparently expected to make a small deal, as another step in his step-by-step strategy.
The US offered a big deal and Kim was not prepared for that. As enticing and generous as a US-backed big deal sounds in the West, the North Korean leader heard the US President speak the language of North Korean systemic change. Kim probably could not sell that to the Workers’ Party leadership and the armed forces even if he wanted to, which was not the case.
Russia’s Tar Baby 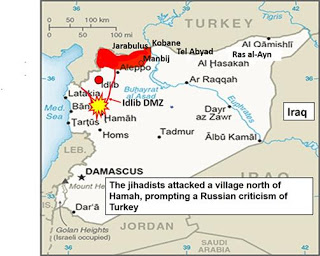 Since the US withdrew from Syria, Russia has been left to deal with Turkey, which is like picking up a genuine wild turkey as it beats you with its wings and pecks you with its beak. It’s not pretty. And the Russians are cursing the Trump Administration for leaving them with the mess (haha).
Hayat Tahrir al-Sham group (one of the names of the Jabhat al-Nusra terrorist organization outlawed in Russia) is carrying out provocative raids against civilians, Russian and Syrian military.”
The jihadists in Idlib have been playing Turkey against Russia and Syria in justifying their aggressive operations. The Turks have a devil’s arrangement with the terrorists. As long as Turkish soldiers are not receiving attacks, the Turks do not interfere with the jihadist operations.
And the USA is out of that particular game, sitting on the sidelines now, eating popcorn, and watching the situation from afar.