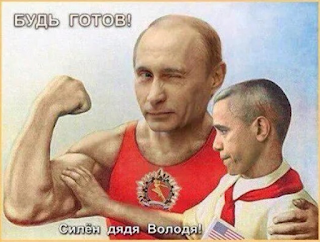 Facebook
Twitter
Pinterest
WhatsApp
Vladimir Putin explains the situation in Syria and Iraq from his perspective. Take Seven minutes out of your life and make of it as you will.

I’m not advocating for one position or the other, but what Putin says (above) is accurate as far as I can tell.
US bungling in the Middle East has been legendary. And it will get worse with a Clinton presidency when you consider that she steered the nation in the direction we’re in now.
John Kerry, US Secretary of State said that, “Russia is trying to play a weak hand in Syria – trying to be more than the regional power they are.”

Russia mobilized the Northern and Baltic Fleets, sending key assets to the Mediterranean Sea off Syria, thumbing its nose at the British as it passes.

(Bloomberg) After a strike by the U.S.-led coalition on a Syrian army base last month that the Pentagon said was a mistake killed dozens of soldiers, Russia’s Defense Ministry said it won’t allow a repetition. Foreign Minister Sergei Lavrov in an interview with state-run Channel One broadcast Sunday said Russian defenses can protect the Syrian army from any U.S. attack and warned the American military to desist from “dangerous games.” – There’s more at that link.

The US will provoke a war – at least a limited war – in my estimation, if only to stop the scandals that are boiling around Clinton. They need a break from WikiLeaks and Veritas showing what craven scum that they are and a war, even a fake war (See Gulf of Tonkin Resolution), will send the press scurrying in another direction.

Questions about the Gulf of Tonkin incidents have persisted for more than 40 years. But once-classified documents and tapes released in the past several years, combined with previously uncovered facts, make clear that high government officials distorted facts and deceived the American public about events that led to full U.S. involvement in the Vietnam War. (US Naval Institute)

282,000 American and allied soldiers died in Vietnam). Another half million Vietnamese died. 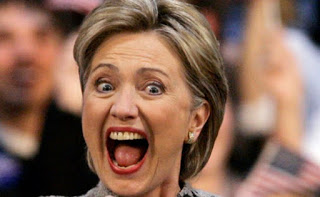 If you think that Hillary Clinton will blink twice at three quarters of a million dead to divert attention from her vast felonious conduct – you don’t know Hillary. War is often a racket… I think that the Russians, no strangers to war, are concerned about that.
Some would say that George W. Bush provoked a war in Iraq to find weapons of mass destruction when there was NO EVIDENCE that they existed, far more recently in our history. I was in a position to know back in 2002-3 and based on what I saw, no evidence existed beyond some manufactured bullshit. And think of the blood and treasure that followed that adventure, and became ISIS, and the conflict in Syria that we’re chatting about today.
Wag the Dog Scenario: