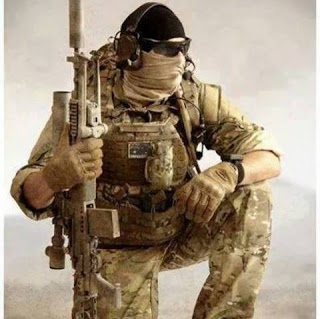 The black-robed mandarins who make up the US Supreme Court have spoken and the law of unintended consequences will take hold of their words and create havoc. That happens whenever they ignore the US Constitution and embark on their own, in search of a “living constitution that changes and drifts based on the vagaries of human desire”.

All of the justices aren’t buffoonish, but all it takes is a simple majority. Justice Thomas, a personal hero of mine, is being insulted on a daily basis because he’s “not black enough”. I find that typical of the behavior of ‘progressive people’.

Life, liberty, to be able to pursue happiness — and now a new right, the right to “dignity”, however you decide to define it. It’s not about Obamacare or sodomites choosing to be married, it’s about the Constitution and the people who are charged with protecting and defending the rule of law. It’s about the Tenth Amendment, which is still part of the Bill of Rights and allowing states to regulate what the Constitution left to them. It’s about following the law as constituted and not legislating from the bench.

DIGNITY IN A VIOLIN CASE: And since we’re defining dignity, there are a few things that make me feel more dignified – now apparently my right. One is carrying an M-1A1 (1918 Navy Model) Thompson submachine gun wherever I go. It must be a Tommy Gun. I prefer a drum magazine. I am willing to carry it in a violin case to cater to the sensibilities of the progressive left. Driving a large, gas guzzling truck also ads to my dignity. Though I don’t have (and haven’t ever had) a Confederate Battle Flag flying in front of my house, it might add to my dignity. Maybe I need to hoist it and leave it there and then see if I feel more dignified.

THE (liberal) ATLANTIC MONTHLY WEIGHS IN:

(The Atlantic) And down the line, the right to dignity—now celebrated by liberals for what it means to gay rights—could ultimately produce other decisions in unrelated cases that they would not be so quick to celebrate. In the McDonald case, striking down gun possession laws under the Second Amendment, Justice Scalia recognized a dignitary interest attached to the right to bear arms. “[T]he conceptual core of the liberty clause … pertains to … [an individual’s] [s]elf-determination, … dignity [or] respect,” he wrote.

The word dignity eludes narrow definition, or for that matter, any generally agreed upon definition. The Court itself has not provided a clear definition of dignity. One scholar, William A. Parent, declares, “[D]ignity is to possess the right not to be arbitrarily and therefore unjustly disparaged as a person.” In another article on “the Jurisprudence of Dignity,” Leslie Meltzer Henry writes that there is no single definition, but that dignity includes various conceptions including institutional status, equality, liberty, individual integrity, and collective virtue. She concludes, “dignity’s conceptions and functions are dynamic and context-driven.”

If dignity is defined so elastically, then conservatives judges might invoke it to strike down not only gun-control laws, but also other progressive legislation. Libertarian groups invoked the “sweet-mystery-of-life” my language in Casey to argue that the Obamacare healthcare mandate unconstitutionally violated the dignity and autonomy of Americans by forcing them to buy health insurance. In the future, cigarette smokers might argue that anti-smoking bans violate their ability to create an individual identity. And conservative Christian wedding photographers could claim that anti-discrimination laws compelling them to photograph gay weddings violate their dignity and ability to define themselves as conservative Christians. What courts would do when confronted with the clashing dignitary rights of the religious wedding photographer and the gay couple, or the hunter and the victim of gun violence, is anyone’s guess, because dignity is such an abstract concept that its boundaries are difficult to discern.

I’m suggesting that the expansion of the right to dignity is something that liberals may come to regret, I’m not arguing that same-sex marriage bans can or should easily be upheld in light of the Supreme Court precedents on the books. In the same-sex marriage arguments, the liberal justices seemed drawn to the idea that marriage is a fundamental right that must be expanded to all citizens on equal terms. A decision along those lines—although broader in some respects than a ruling based on dignity—might be easier to confine to cases involving marriage. And given Justice Kennedy’s previous opinions for the Court ruling out of bounds moral disapproval and the preservation of tradition for its own sake, it’s hard to think of any other plausible reasons for upholding the marriage bans that don’t rely on what the Court has defined as animus. Still, if the Court strikes down same-sex marriage bans on the grounds that they violate a right to dignity, liberals may have second thoughts about empowering judges to decide whose dignity trumps when the interests of citizens with very different conceptions of dignity clash. 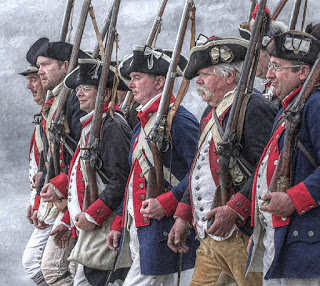 Imagine if you’d told them that their blood and sacrifice would eventually be turned to uphold the rights of homosexuals to marry. And in the process to persecute Christians and others who disagreed with the celebration of sodomy.