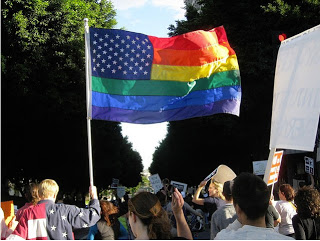 “The only traditions of the Royal Navy are rum, sodomy and the lash.” -Anthony Montague-Browne (Secretary to First Sea Lord, Sir Winston Churchill)
I find it peculiar that President Obama, who really hates the memory of Sir Winston Churchill, would repudiate one of the greatest men in the last Century with one stroke, and embrace sodomy in the ranks of the US Military with the other. It’s one of many contradictions present in the ObamaNation. Don’t bother trying to reconcile them yourself. You can listen to MSNBC on any given day and they’ll spin it all for you so that you can focus on other things.
I’m not sure whether the term “sodomy” is currently out of vogue. Is it politically incorrect these days? I don’t work for the Department of Defense, so I’ve been overlooked in the briefing zeal to embrace and recognize the joy of homosexuality (I think that word may be a no-no as well) in the ranks. There needs to be a list of politically correct words printed – daily, so that we can know whether to comment, “Ah, look at those two happy sodomites, holding hands.” {Referring to watching SSG Bob Smith US Army (Armor) and CPL Jerry Jones US Army (Medical Corps) mince down the hard top together}

Newspeak: “Don’t you see that the whole aim of Newspeak is to narrow the range of thought?… Has it ever occurred to your, Winston, that by the year 2050, at the very latest, not a single human being will be alive who could understand such a conversation as we are having now?…The whole climate of thought will be different. In fact, there will be no thought, as we understand it now. Orthodoxy means not thinking—not needing to think. Orthodoxy is unconsciousness.” Orwell, 1984

In fact it may not be politically correct to say that homosexual men mince at all. Does “duck walk” sound better and is that ok? {Captain Doe is doing the duck walk today after the rogering that Private Jones gave him last night}
This is President’s Day and I was reflecting on President Dwight D. Eisenhower, and how he would view Amerika today. Somehow, I think that he’d have words for the Commander-in-Chief that are not very politically correct.
A friend of mine, currently serving out his last few months of military service commented to me last week that you have to be very careful how you look at sodomites/homosexuals because a ‘disgusted glance’ is actionable under DOD guidelines.

“It was terribly dangerous to let your thoughts wander when you were in any public place or within range of a telescreen. The smallest thing could give you away. A nervous tic, an unconscious look of anxiety, a habit of muttering to yourself—anything that carried with it the suggestion of abnormality, of having something to hide. In any case, to wear an improper expression on your face… was itself a punishable offense. There was even a word for it in Newspeak: facecrime…” Orwell, 1984

I can’t help but wonder what words General George S. Patton would have for the present guidelines that are in operation in his beloved Army. In General Patton’s day calling somebody a ‘cocksucker’ was an insult, not a commentary on their skill set.