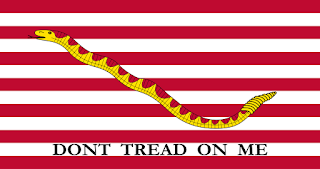 This is of passing interest. It would have been more interesting if we could have harvested DNA and created our own modern version. We could have put them on an island in the Caribbean. What could go wrong?

(link) You can’t even see its bones, yet scientists are hailing it as perhaps the best-preserved dinosaur specimen ever unearthed. That’s because, 110 million years later, those bones remain covered by the creature’s intact skin and armor.

Indeed, the Royal Tyrrell Museum of Palaeontology in Alberta, Canada recently unveiled a dinosaur so well-preserved that many have taken to calling it not a fossil, but an honest-to-goodness “dinosaur mummy.”

With deep divisions between Constitutionalists and Communists in America, there is a lot more talk of problems than there is of enjoying the Age of Trump. But the corrupt, lying mainstream media doesn’t allow for that. They promote a Cold War, secure in their immunity for personal accountability…but will it always be like that?
Socrates wrote, “When the debate is lost, slander becomes the tool of the losers.” And frankly, the freaks and misfits who run the democrat party fit comfortably within the rubric of ‘losers‘.

Do you Recall Jeff?

Yes, I know that he was a contemptible human being. He had a painting of Bill Clinton, wearing a blue dress, hanging in his Manhattan home. Many expected him to testify against the former president in sexual scandal-after-scandal. The mainstream media have scrubbed that matter and I doubt that we’ll hear much of it in the future, even if Hillary does become Elizabeth Warren’s running mate.
As a reminder to Liz Warren, Jeffrey Epstein died while in custody. He was reported to be on suicide watch, but later it was reported he had been taken off suicide watch, and so was not being closely watched. He was in a location where two of the security cameras were disabled and none of the guards assigned to watch him were watching him. The cell contained neither material to make a sturdy noose, nor any projections or fixtures from which it could be hung. The coroner reported bruises of the type consistent with being strangled by man’s grasp, but not a noose.
The death was officially ruled a suicide. There were a lot of shootings and suicides of people close to the Clintons. Would President Warren commit suicide or would it be a more convenient brain hemorrhage that would catapult Hillary into the Oval Office?

I know that you’re saying, “LL, you live in Arizona. There aren’t many lakes there. Here are a few photos (yes, it’s art philosophy, Jules) of Hawley Lake, in the Arizona Highlands – as autumn descends. 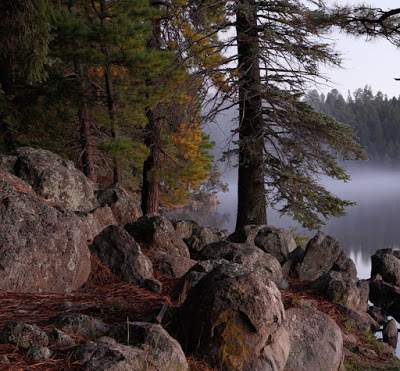 In the morning there is a lot of mist on the water at Hawley Lake. You don’t see many trout jumping and that’s not a good thing if you’re there to fish and not photograph.

Mail:
LSP (victim of an Arab woman’s wrath) says – Jackalope hunting is a dangerously racy sport. Not unlike the famous Congessional Boomerang Throw.

Ah yes, the Congressional Boomerang Throw, the yearning for impeachment. Everything that they try to do to President Trump comes back to bite them. They’ve never learned that spitting into the wind is unwise. They’re working diligently to return both President Trump and control of the legislature to the Republicans. I cheer them on.

Jim-the-Jackalope Hunter weighs in – The better half is a huge fan of Christmas music and has a number of CDs full of it. They’ll be coming out shortly and will be played in the car whenever we go somewhere. It ain’t easy, but I tolerate it because she tolerates my idiosyncrasies.

Oh, please, not until after Halloween.

I’ve never hunted jackalopes, though they say there’s still a breeding population in the western part of the state. I have hunted antelope and the thing that impressed me was the speed of those creatures. A cheetah can out sprint them, though not by much, but a pronghorn can go at a good clip for miles on end.

Antelope are one of God’s creatures that I can watch endlessly. Elk look nice but they just graze most of the time.

Jules, mother of wolves, explains – Well of course you can speak bird! In late spring I saved a fledgling crow that was stuck in my garden because he couldn’t fly properly. I kept him safe all day long despite the murder of crows above probably wanting to peck my eyes out. I later learnt that crows can hold a grudge but if you make friends with them they bring you presents. Hmm. I downloaded a crow caller on my phone and called to them daily. Now I’m surrounded by black birds like an evil witch!

It’s said (mostly by crows) that black bird lives matter. I’ve seen the same thing with their lust for revenge if one of their own has been wronged. There are some crows the size of eagles at the White Wolf Mine and we have crossed paths when they got into the trash when the wind blew the lid open. I didn’t kill them, but was sorely tempted to do so and hang the carcass in a tree as a message to all of them.

My friend, the Buddhist holy man, has told me that he can speak with crows. I didn’t know there was a smartphone ap that converted crow to English and back the other way. It explains a great deal. The presence of crows in your yard suggests that they are your familiars… and if there were bats as well that hung in your belfry, well, it would confirm what the neighbors say.

Camperfixer – With the pop-psyche HR, bean-counters, and attorney’s running (ruining?) businesses it was bound to happen for Christmas sales to morph all the way to before the end of summer…to…you know…”capture more market potential.”
Really dumb in Home Depot to see Christmas decorations alongside Halloween decorations alongside air conditioners…although I was tempted to grab one of those lifelike 7′ animatronic witches and a blow-up Grinch and Frosty whilst grabbing a few pieces of hardware…then I thought of HRC & Pelosi, and Schiff & Nadler…figured I had enough weirdness presented to my life without it being on the front porch as a visual reminder.

They ruin the seasons. Costco was stocking the Christmas line-up in August. Stop, just stop.

WSF is bucking for “curmudgeon” – Being a contrarian (or just a grumpy old fart) I would like to point out those are Pronghorns, a species that survived the late ice age along with musk oxen. The only native North American antelope are called Rocky Mountain Goats.

They have an 8′ one up at the Terry Bison Ranch in Wyoming. Big enough to saddle, which they did. And all the display signs warn “Do NOT Try This At Home”!

Strange creatures that some say are distantly related to the Dreaded Trojan Rabbit…..Quick! Bring the Holy Hand Grenade of Antioch!! I think I hear one out in the bushes…..

Don’t try and take him alone, DRJIM. Have Pebbles the wonder dog ready to back your play. 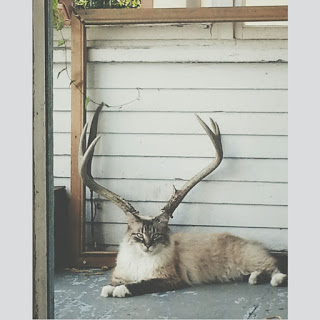 They’re cruel and aggressive predators, which is why the pioneers hunted them nearly to extinction. Their flesh is said to be as sweet as unicorn meat (and almost as sweet as liberal tears).

Larry – I’ve got a pic I saw somewhere of the even more elusive catalope. A strange and eerily beautiful little beast. No way to post it, though.