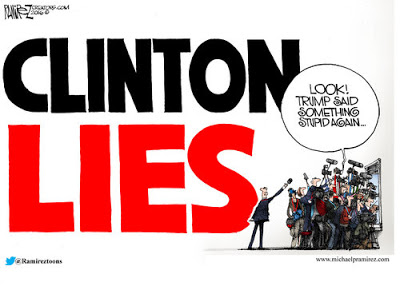 Everything that the progs stand for is incongruent: War is Peace, Freedom is Slavery, Ignorance is Strength. You’ve heard it before and it’s the cant of the progressive movement. For example: Clinton lies about EVERYTHING, which means — oh, look — a squirrel! Trump is bad.
I keep hearing that “Trump is unfit” to be president. Does that mean that Barack, and the lying cur, Hillary ARE FIT to be president?
Everything that I have seen points to the fact that Donald Trump would make a good president. Sure, his foreign policy credentials are a bit weak, but that’s why you have a Secretary of State, Secretary of Defense and a national security advisory staff that is strong on the subject. Trump is strong where we need him to be strong, but that statement is odious to the progs. But who cares? 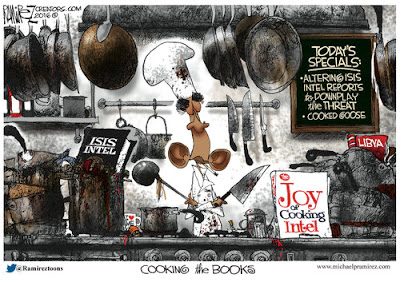 In order to keep his legacy intact, Barack has instructed the intelligence community to ‘cook the books’ on the intelligence information that he’s been receiving. Which is a bit odd, because many sources cite that he NEVER READS IT.
That notwithstanding, because Barack is both half black and a Democrat, he can take a pass on it — and go golf, which is where his passion lies. Michelle can take Air Force One (and 200 people to protect her) anywhere in the world on yet another vacation (and good-will tour). After all, we know that she hates the White House, the flag and all of those things that have mystically oppressed her. Poor little rich girl.

And you guys wonder why I need to get out and go fishing or something. The parade of sewage coming out of the mainstream media and the government is non-stop outrage.
I’m still waiting for some support for the Milwaukee Police Department and condemnation of the looters who burned their neighborhood because a black police officer shot a black criminal who was trying to kill him.
The rants from Virtual Mirage continue, looking but not finding much sanity. 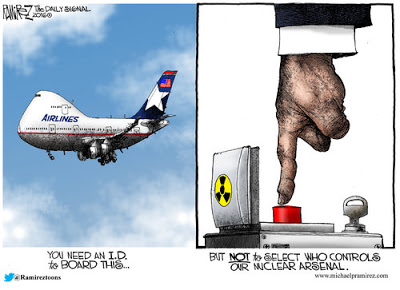 Then there is the issue of voting. Yes, I understand that Democrats are urged to vote both early and often. For some reason, the Republicans don’t take a strong stand against that. Could it be that the Republicans lack spine? Or is it that they’re too busy trying to get rich while they are in office and can’t be bothered objecting to the outrages put forward by their opposition?