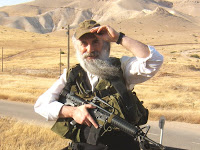 Facebook
Twitter
Pinterest
WhatsApp
I’ve been hearing a lot of noise from Washington – and from the Debt Commission – soon to be replaced by a new debt commission that will study the same problems and come to the same results in December 2012, after the present federal election cycle has concluded…
The Draft?
What I hear them, and many conservatives saying is that we should reinstitute mandatory conscription of eighteen year-old Americans for service in the military for a term to be determined by the Commander-in-Chief who may or may not consult with Congress. — no they don’t come out and say it, but they must mean it when they seriously suggest age 60 retirement for soldiers.
The Debt Commission suggests that we should restructure military pensions so that service members can not retire until they reach age 60. (link above) What they’re really saying is that we should begin to draft people to provide grist for the American military adventures, because we all know that sixty-year old soldiers would not provide the sort of service that we presently demand. Or maybe we simply plan to let them go somewhere between 45 and 50 and they can wait until age 60 to collect? That would be great for morale…
The benefits of an all-volunteer military are legion but the down-side is that somebody has to pay the soldiers/sailors/marines/airmen enough money to make a hitch attractive and to keep a percentage of those people who we’ve trained at great expense in the service until they have reached a point where they can retire.

There have been changes to the military retirement program over the years with an eye toward trimming the costs involved. If you really want to cut costs and don’t care what the result is, draft people into service with imprisonment as an option if they object/refuse. It’s been done before. Pay them little or nothing for service and those who hang on until they reach 60 may be able to retire. However that sort of military won’t be the one that you see today.
Some jobs don’t lend themselves well to age. Police officers, fire fighters and soldiers are right there at the top of the list. That’s why these people are pensioned off earlier than other categories. Their working lives are spent more quickly than others simply because of what we expect them to do. It doesn’t mean that they do it every day, but they are paid for what they might have to do.
Civilians run out of burning buildings, firemen run into them.
Civilians run away from armed felons, shooting and terrorizing. Police officers run toward them.
Civilians run away from gun and artillery fire on the battlefield. Soldiers run toward it.
But most 60 year old men and women can’t run all that fast.