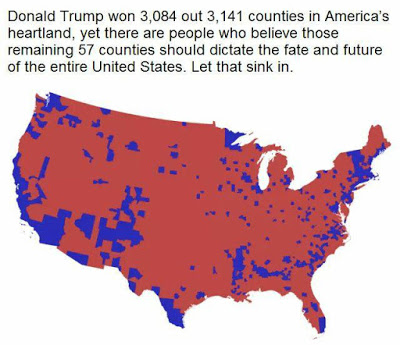 Facebook
Twitter
Pinterest
WhatsApp
Foreign AND Domestic (first the profane)
Shocking revelations about the corrupt FBI being weaponized against the Trump Campaign by President Obama don’t shock a lot of us. In fact, I would have been surprised if Barack and friends would have followed the law.
And the FBI? Ask ANY law enforcement officer who has worked around them what they’re like to work with. It doesn’t mean that you hate the agents themselves, but no, I’m not shocked that they worked to roll a slow coup against a presidential candidate – and if Hillary had won, there would be no record of it.
Multiple confidential sources/spies placed into the Trump Campaign is something that the Democrats are presently content with. However the precedent should disturb them. Is that the future of American politics?
From the early days of the Obama regime, I felt that he ran the place like a banana republic in South America. Operations like Fast and Furious, designed to create an environment where they could whip up opposition to private gun ownership and subvert the Bill of Rights/Constitution showed a road map.
Now we know that what we thought was rotten to the core, truly was…and is. Freedom is not something that was guaranteed by the founders of the nation. It’s always been one of those things that could be taken away.
The oath that many of us took required us to defend the nation from enemies foreign AND domestic.
Sometimes People Remember (the sacred)
I’ve helped a lot of people throughout the course of my life. Sometimes the situations recalled extraordinary measures to set things right (see the book, Exiles from Eden, on the left sidebar of this blog as an example of actual events, fictionalized for the sake of all concerned). Other times it was easier.
Only very rarely have people actually remembered to say thank  you. I’m not speaking of a gushing thank you. Just a gentle word or two.

This past week, completely out of the blue, somebody did in a way that I never would have expected. At the time that I helped the person, said person was a penniless wastrel.

Things and fortunes changed in the time intervening and the person and gave me significant shares in a US Company and put me on the Board of Directors. The dividends are enough to retire on in and of themselves. It was not something that I expected and/or solicited. Expecting a reward isn’t what I do – and it’s not something that any of us should do. Helping who we can, as we can, and how we can is a Christian duty – a sacred duty. Righting wrongs is important and this person was completely set up by evil people. I’m not telling you that I’m a saint, dear readers. I expect that I’ll be shoveling coal through eternity for my sins.

The person doesn’t read this blog, but, “thank you for saying ‘thank you’ after all these decades.”

This blog is about nine years old and we just crossed the 2 million hit mark on stats. A lot of you, my blogging colleagues, have well exceeded my numbers. What started out on a whim remains a whim, but I’m humbled by the fact that some few of you (and a lot of bots from Russia and elsewhere) have driven my stats to where they are. Thank you for reading and occasionally reacting as I try to interpret the chicken bones and tea leaves.