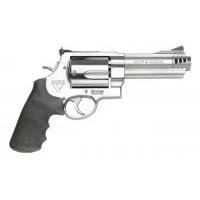 The Smith and Wesson 460V is five-round revolver with a 5″ barrel on a stainless steel extra large frame. It chambers the .460 S&W  Magnum cartridge, the .454 Casull and the .45 Colt cartridges. Because it is not a .50 caliber handgun and it only holds five rounds in the cylinder/magazine, it’s likely not to be on California’s must ban list anytime soon.
Under normal conditions, this is an expensive handgun, but it does have value over other extra large frame handguns in its class because it will fire the .45 Colt (Long Colt) cartridge for general training situations. Yes, I also favor training with the cartridge that you carry (in this case the .460), but they’re too darned expensive to cycle on a weekly basis.
I have been seeking one of these handguns for the past year and a half – resorting to trying to strong arm people in the OC Sheriff’s Dept. and friends in the Intelligence Community to try and locate a 460V. All to no avail. 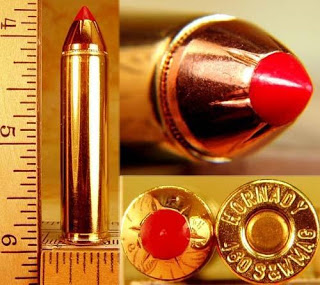 Obama may be the greatest firearms salesman in the history of the planet but he’s not doing anything for me. I’m traditionally a Colt shooter when it comes to revolvers, but Colt doesn’t make a .460.