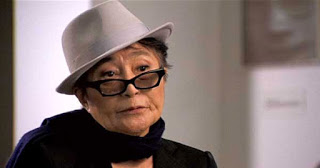 Facebook
Twitter
Pinterest
WhatsApp
Yoko Ono (former wife of singer John Lennon) boasted of having a sexual affair with Hillary Clinton, (More here) back in May 2015. The headline had no particular gravitas as far as the mainstream media is concerned.

The artist and widow of John Lennon, who is in Los Angeles to present a collection of cups and saucers she is exhibiting at the Museum of Modern Art, totally took reporters by surprise by admitting she had not only met the former First Lady at various times during a series of protests against the Vietnam War in New York in the 1970s but also knew her “intimately”.

The celebrity admitted laughingly to having “a fling” with her at the time and acknowledged her election “would be a great advancement for LGBT and Women rights in America” she added.

Hillary Clinton, widely considered to be a closeted lesbian, has not publicly responded. To do so would damage her run for the US Presidency.
More from Yoko (same article):

“We met many times during the New York Vietnam War protests in the 1970s, and became very intimate. We shared many of the same values about sexual equality, fighting against the authoritarian, patriarchal, male-dominated society we were raised in” she explained.

“We had a brief romantic fling when I lived with John in Manhattan and Hillary was studying at Yale, but eventually we lost touch. I am amazed how things are going well for her and wish her the best for her campaign”, she told reporters during the press conference. 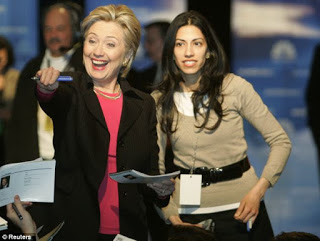 The LGBT community is poised to welcome Hillary Clinton (and Huma Abedin) to their ranks as soon as Hillary officially announces, but most people believe that she will wait until after her election (coronation) before hoisting the gay flag over the White House.
If the mainstream media will coronate Barack Obama, oligophrenic, narcissistic and lazy, as president for eight years and cover his depredations, why wouldn’t they be equally enthusiastic about Hillary, the bull lesbian? Ok, in point of fact they are. And since the US Supreme Court has blessed homosexual marriage, would it surprise anyone if Hillary and Huma tied the knot in the White House Rose Garden?