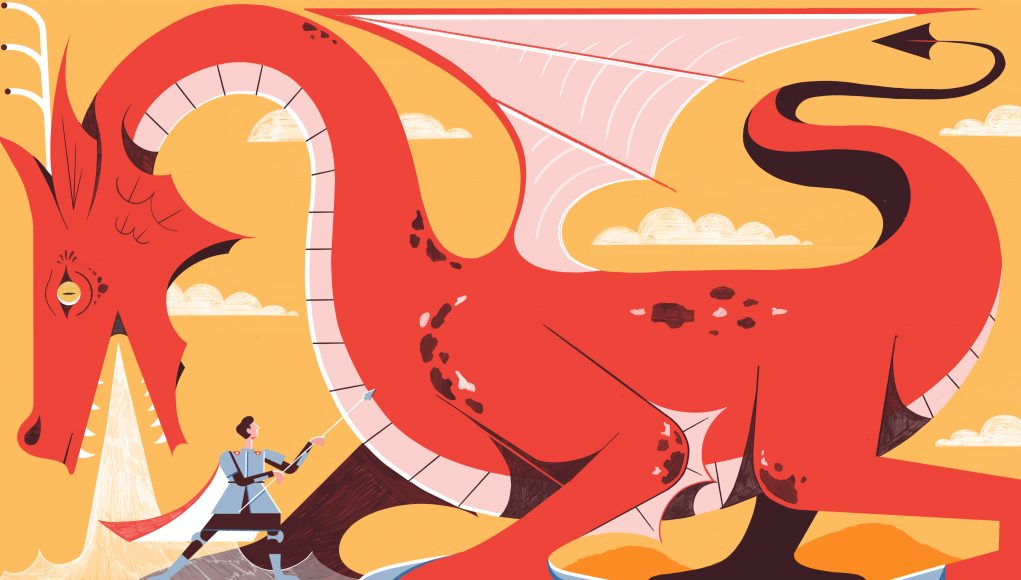 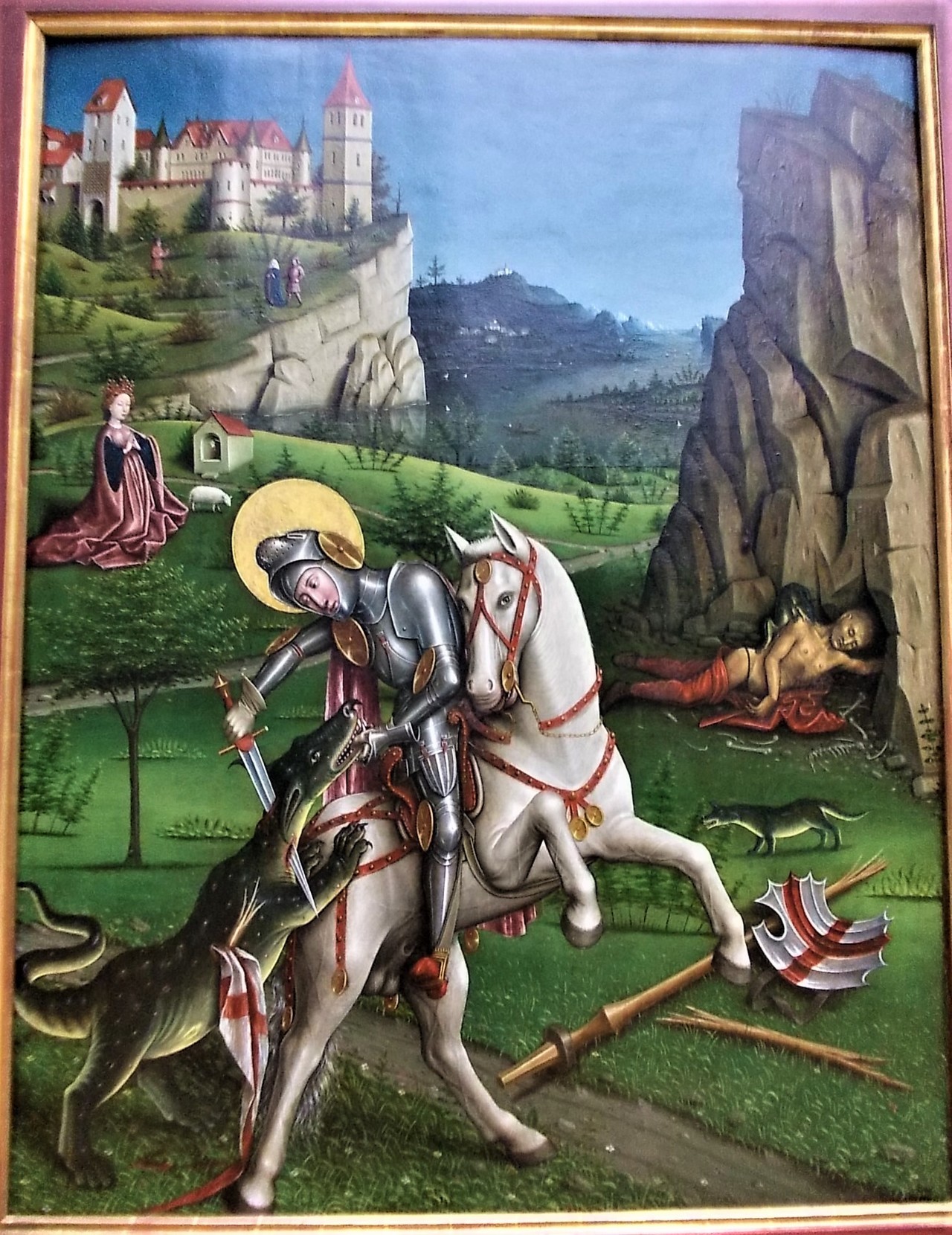 No, I’m not referring to the city (of the same name) in southwestern Utah.

It’s the knight/saint and the dragon. The English flag proudly displays “St. George’s Cross”, and the legend of the saint killing a dragon is  — well, it’s — it’s legendary. Drilling down, it would be nice to know what (if anything) actually happened. There is the painting (pictured here), of St. George killing what appears to be a green dog, with two pups, one of which is gnawing on a corpse.

Something is known of the historical St. George (George of Lydda), who was a Cappadocian (Turkish) Greek soldier who served as a member of the Praetorian Guard for the Roman emperor, Diocletian (circa 303AD). He refused to renounce Christ and was subsequently executed. The linkage of that Praetorian to the dragon, that apparently lived in a swamp near a town in Libya, and his capture of the dragon, which he ultimately slew, is tenuous at best. Does he deserve to be the patron saint of England? You’d have to ask the English themselves, wouldn’t you?

Nine hundred years spanned the martyrdom of George of Lydda and the arrival of the dragon legend.

The religious crusades that took place between 11th and 13th centuries  and St George’s martyrdom and military service to a corrupt Roman emperor made him an appealing figure to invoke for protection and guidance. As such, the red-on-white cross that crusaders – most notably the Knights of Templar – wore, is also known as St George’s cross. At some point around the 11th century, this revival of St George also resulted in the legend he is most famously associated with.

According to folklore, St George rescued a princess who had been taken to a swamp to be fed to a dragon in Libya (to satisfy the beast’s hunger – OR, possibly because there was no convenient volcano to throw her into).

George,  was passing through Libya on a white horse, saw the girl in jeopardy, captured the dragon and hauled it into the city of Silene, saving the princess and cementing his reputation as a man not to be trifled with. He asked the people of the town if they’d become Christians if he killed it. They agreed and he drove a lance through it, and then decapitated it.

Those actions, carried forward so that in 1344, when Edward III created his own chivalrous knightly order, the Order of the Garter, St George was named as their patron saint. It remains the most prestigious British order of chivalry today.

Compared to the Nile crocodile, the West African crocodile is smaller: Adults are typically between five and eight feet long and they do live in swampy ground. It’s likely that somebody killed one, at some point, and the story grew.

Today the Order of St. George is a genuinely big deal in Great Britain and in Russia, where it’s the most distinguished medal that can be awarded. The Germans revere St. George as well and offered a diamond-studded medal reflecting courage. Normally it was reserved for people of very high rank because it was a very expensive medal to hand out.

I’m not saying that killing a crocodile isn’t a big deal but it would be nice to know who actually killed it. Or maybe it really was a green dog?

Or an eel that lived in the swamp? Maybe a big eel?