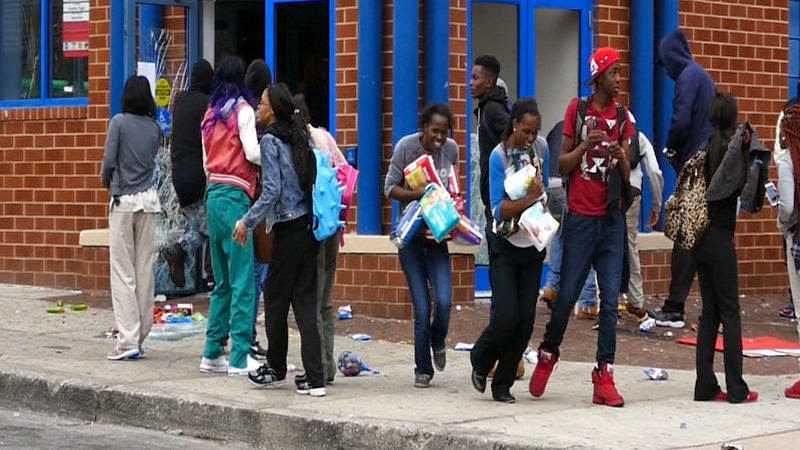 (Yeah, what turnip truck did you fall off of? — Never mind. It’s a Bloomberg report, and they’re just catching on.)

I’ve tried to wait before blogging about the situation in Baltimore, a “black city”, run by negroes, represented in Congress by a negro, etc. My feelings are likely “racist”, but it’s difficult not to be when discussing a black city run by that same demographic. Almost all crime in Baltimore may be characterized as committed by its residents – who are negroes.

Rioting and looting were looked upon by the benevolent executives of the City of Baltimore as normal and asked the police not to intervene. Looking off into the future, insurance rates for businesses who choose to do business there are likely to be so prohibitively high as to preclude their remaining. Or in the case of politically correct chain stores that remain, they’ll pass the cost of looting on to their stores nationwide.
More ObamaPhones are not required because the place will vote for any Democratic Party candidate, irrespective of criminal history, suitability for office or qualifications. The progressive left won’t choke down that these inner city slums are their handiwork, but that’s precisely what they are.
#White Lives Matter 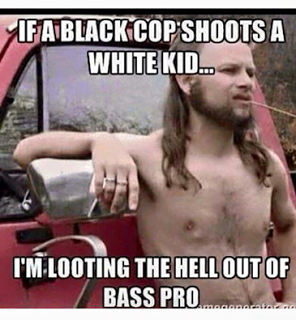 WHAT did the US Marine Corps find?

Apparently,  after 15 years, it’s still around. A report from HMC-1 via the most trusted blog in the US Military.