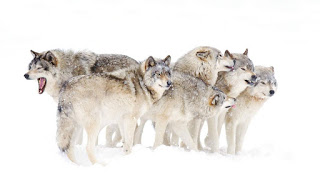 Facebook
Twitter
Pinterest
WhatsApp
Narrow Bandwidth
There is not much if any bandwidth at the White Wolf Mine. Dish network will pull data down from the sky in the form of TV shows, but there’s not much on television that I watch. I’m sure that I’ll get a satellite dish but the rest of the equation is still in doubt.

Does this mean that the blog will vanish? Maybe. It’s too soon to tell. I’ve been playing with some options but they are few and far between. Most of what I’m planning will require some doing and high tech razzle-dazzle and it might work. Then again, maybe not. President Trump signed a broadband development bill that will apparently encourage fiber optics and bandwidth in even the most rural parts of the USA. From what I’ve read, it’s intended to become part of the trillion dollar infrastructure bill if that ever passes Congress. Will that bring ‘civilization’ and bandwidth to the White Wolf Mine? You can read it here. The President is trying to encourage the use of federal land to host towers and to string fiber optics as a matter of policy.
Big Guy/Little Guy

President Obama characterized rural Americans as people who bitterly clung to their God and guns. He clearly didn’t want to provide them with access to additional opportunities in commerce and a better way of life. He went out of his way to explain to America that “you didn’t build that”. Democrats are none too fond of America’s heartland. President Clinton said that people in America’s rural countryside were part of a “vast right wing conspiracy”.

We now know that USGOV knew no limits in their efforts to spy on and discredit President Trump while he was a candidate. The “Russia Probe” is revealed as a red herring at best. The FBI corruption runs deep at headquarters – and elsewhere.

The Cliven Bundy Case was tossed (news here) after the judge learned that the US Attorney had lied and was concealing information (additional government misconduct) that would exonerate the Bundy family. I’m not saying that the Bundys were angels, but big government set out to crush a rancher with snipers, agents and lawyers. Under the Trump Administration, the US Attorneys and government officials are themselves under investigation.

Will eight years of President Trump make America great again? One can but hope.