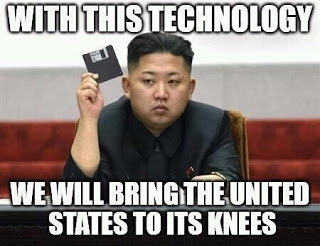 Sweden represents US, Canadian and Australian interests in Pyongyang. Ri’s arrival will signify that talks about the talks have begun, including where the leaders will meet.

The North Korean propaganda machine is blasting that respected and beloved Marshal Kim Jong Un has brought the US to its knees with its splendid and modern nuclear weapons and that “Little Rocket Man” will essentially bend President Trump over and give him the rogering that he so thoroughly deserves. blah-blah-blah

China
On 11 March, the National People’s Congress voted almost unanimously to abolish the two-term limit for the president. The constitutional amendment drew 2,958 votes in favor, only two against, and three abstentions.
With this vote, the Communist Party and the Chinese government constitutions are again congruent. The vote ends the system of regular transfers of power that Deng Xiaoping established in 1982. Deng saw the dangers of and was determined to prevent lifelong leaders, as was Mao Zedong. Xi’s policies require long term, consistent management… by him.
Sri Lanka

On 8 March, the Sri Lankan government called on the Army to provide assistance to civil authority in stopping the Buddhist attacks on Muslims in Kandy.
On 10 March, law enforcement authorities said no major incidents occurred after the soldiers deployed on 9 March. There were no reported disruptions to Muslim prayers on Friday, the 9th.
The situation was sufficiently calm for President Sirisena to travel to India on the 11th for a conference. He arrived in Japan on 12 March for a six-day visit.

Though this blog hasn’t mentioned the Buddhist/Muslim violence in Sri Lanka before, it’s been something worth monitoring. The government put the lid on the pot but it will boil again.

Happy Nawroz to all of you!

Have you booked your flights to Saudi Arabia yet?

This year the Kurdish New Year falls on 21 March. It’s typically a time for pilgrimages and assorted activities that require travel. On 6 March, Prime Minister Abadi said the central government would lift the international flight ban before Nawroz.
The Iraqi government will allow direct flights to Saudi Arabia for pilgrims making the lesser pilgrimage, known as Umrah. Otherwise the ban remains in effect until May. It was imposed in October as punishment for the independence referendum in the Kurdistan Region.
The defense of Afrin has collapsed in Syrian Kurdistan/NW Syria and the “mopping up” will commence as has been suggested on this blog. The Turks will soon begin their attack on Kurds in Iraq now that they have declared victory in Syria. A suspicious type may augur the portents to predict that the Turks will attack the Kurds in Iraq during their New Year celebration when many leaders are on pilgrimage. It’s one of those Muslim v Muslim things. The Iraqi government has already green-lighted the Turkish invasion.