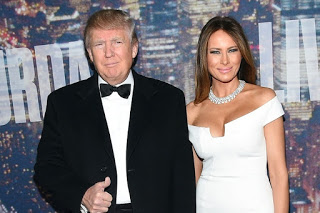 Facebook
Twitter
Pinterest
WhatsApp
Unless the political elites who own the GOP steal the nomination from Trump (and Cruz – if they screw Trump, they’ll screw Cruz too because they hate Ted and fear Donald), he will be the Republican candidate for President of the United States. Tomorrow he is likely to ‘run the table’ on the Eastern Seaboard’.
The Media and the elite of the GOP both screwed the pooch by not seeing it coming. Life is good when you’re a political parasite living inside the beltway eating other men’s bread or in New York City where they only spoke with those of their own leanings (New York is as much a bubble as the Washington DC beltway).

(Washington Examiner) David Brooks, a conservative columnist for the New York Times who has said he would never support Trump, offered perhaps the most startling confession.

The media “expected Trump to fizzle because we were not socially intermingled with his supporters and did not listen carefully enough,” he wrote at the Times in March. “For me, it’s a lesson that I have to change the way I do my job if I’m going to report accurately on this country.”

Brooks’ words shook his peers and offered a flicker of remorse for what the media has become — arrogant and isolated from a large portion of the country.

Trump’s campaign message remains simple while rejecting political correctness. (1) Protect the American economy. (2) Protect American borders (an effective wall separating the US and Mexico and serious scrutiny of Muslims who come to America). (3) Rebuild a military that has been weakened from 8 years of gross neglect and care for veterans, many of whom have been treated shamefully by the Veteran’s Administration. (4) Restructure the tax system without radical changes. Part of this is to encourage people to repatriate $2 trillion overseas and invest it in the US economy (5) Shrink government and the cost of government. (6) Make the nation business friendly to promote the creation of jobs.
There have been other more subtle notes to what he’s said. South Korea has a vibrant, thriving economy. Why aren’t they paying the US for the protection that we provide from a rampaging Communist rogue nuclear state (North Korea), run by a fat, syphilitic, little dictator? What about NATO? Do they pay their fair share. The same can be said for the UN, which is little more than a vehicle for offering diplomatic protection to spies who visit UN headquarters in New York City.
Trump knows what we all now know to be true. The US and Canada have the largest proven oil reserves in the world – by some margin. We don’t need the Middle East and can be energy independent. We’re not Europe. I know that there have been some in the Trump camp that are talking about a natural gas pipeline from the US to Europe. Don’t laugh. It can be done. Trump is wrestling with ways to pay of the $20 trillion that we owe.

Kasich is jonesing for a seat at the big table. It’s not impossible that he’ll end up as Trump’s vice presidential nominee. The polls show him out performing Cruz on the Eastern Seaboard and he can deliver Ohio.

The Democrats (when Hillary is indicted) will have their favorite ox gored by her own criminality (and help from the FBI). That means that the likely 45th President of the United States will be Donald J. Trump.