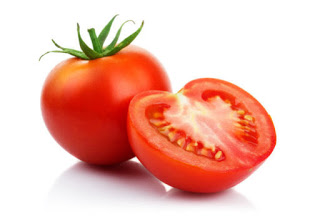 I don’t read most of the studies on this or that curative for cancer. A balanced diet is usually a common sense approach to life. This time it’s different because I really like tomatoes (hot/cold/fresh/cooked/in salsa/in just about everything) and it plays to my bias.
The new study of how nutritional interventions can alter the risk for skin cancers appeared online in the journal Scientific Reports.

It found that male mice fed a diet of 10 percent tomato powder daily for 35 weeks, then exposed to ultraviolet light, experienced, on average, a 50 percent decrease in skin cancer tumors compared to mice that ate no dehydrated tomato.
The theory behind the relationship between tomatoes and cancer is that dietary carotenoids, the pigmenting compounds that give tomatoes their color, may protect skin against UV light damage, said Jessica Cooperstone, co-author of the study and a research scientist in the Department of Food Science and Technology in the College of Food, Agricultural, and Environmental Sciences at Ohio State.
There were no significant differences in tumor number for the female mice in the study. Previous research has shown that male mice develop tumors earlier after UV exposure and that their tumors are more numerous, larger and more aggressive.

“What works in men may not always work equally well in women and vice versa.” It’s sexist, misogynistic, and may also be homophobic to suggest this. But it doesn’t mean that it’s less true.

I’d write about the curative properties of bacon, combined with tomatoes (with lettuce) in a sandwich, but that would be Islamophobic and would send people scurrying for a safe space while howling that I need to check my white privilege. (Last time that I looked, it was fine in case you wanted to know. There’s no reason to check it.) 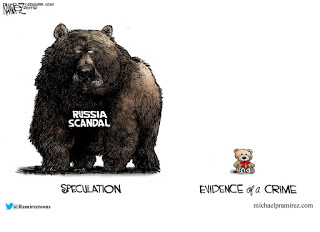 The proud, elite, wealthy, lying, smug, evil, corrupt, wicked, nasty mainstream media thinks that Hillary’s skulduggery with Russia is meaningless but Donald Trump’s team’s mild and innocent contact with the Russians constitutes a high crime. Such is the insanity that has gripped Manhattan Island and the Washington DC Beltway (while the rest of the country ignores them).
I now turn off Fox News when they want to talk about this or that stupidity. It may mean something to CNN or the progs, but it’s bullshit in any normal part of the country. And nobody wants to step in that sort of thing, even though the people at CNN seem to bathe in it and love its perfume.


Instead of asking themselves why they lost people’s trust, the media instead asks why the people had lost trust in them. Those are two separate questions and we should not be surprised that the mendacious, filthy, smug, lying, corrupt, elite mainstream media asked the wrong one.
White Wolf Mine Project (an update) 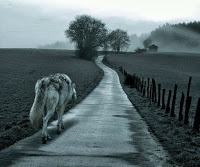 A few of you are following this ordeal and process and have e-mailed. Coconino County has reviewed the plans twice, has found fault, has returned them and we are in the third review process. Maybe the third time’s a charm. We can’t begin excavation until that is complete, but my sense is that it’s not that far off.
As expected, the day after Ramadan ended, I received a full offer on the house. There are a lot of sand people who want to live in the shadow of the mosque.

My daughter, Emilie, is in school, which means that I had to stay in SoCal or I had to move to Phoenix. Because of the CALEXIT situation, it was more convenient for me to move locally and she was happy for that as well. The move to a really nice rental (more in the country) is in progress and I’ll be out well before escrow closes.

I tumbled from a ladder the day before yesterday, reminding me that I’m no longer 25 years old. I lay there, testing parts to see if something was broken or seriously out of alignment. Everything was where it needed to be, except that it hurt more. I still made it to my grandson’s championship pony league (baseball) game.
The sort of unique, boutique consulting work that I do has been brisker this year than it has ever been before. Thank you President Trump. It’s made the price tag creep of the project easier to swallow. Price tag creep was something that I anticipated, and I expect it to slow its momentum, but you (dear readers) and I know that it won’t stop completely.