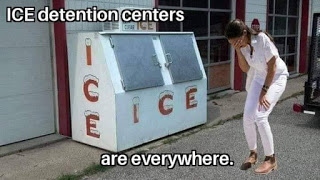 Nobody in the corrupt, lying, elite media, which hardly anybody watches anymore fails to mention that people who care caught jumping the border wall into the US are permitted to go back to the rock they crawled out from under once they’ve been fingerprinted and photographed for committing a felony. 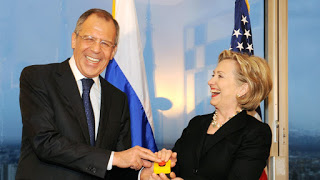 Actually, I get a kick out of Bernie Sanders, a lifelong Soviet apparatchik, talking about President Trump colluding with the Russians. Of course we have the Mueller Report – “no obstruction and no collusion”.  And now some people are asking for proof that the Russian government actually was behind some sort of effort to influence the 2016 elections. Why wouldn’t they support Hillary Clinton? There she is (right) with Lavrov, hitting the reset button. And what about the sale of uranium to the Russians? Wouldn’t the Russians be thrilled to have Hillary Clinton as president? 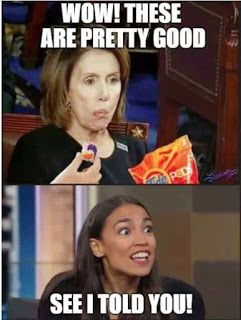 And in the news, AOC is accusing Speaker Pelosi of being a racist, singling out women of color in Congress. Yes, it’s gratifying to see the worm turn on Rep. Pelosi (D-CA). Pelosi seems to get weaker and more feeble every day. Granted, she’s not as senile as former VP Joe Biden, but the clock is a vicious and relentless foe and it will take Pelosi and Biden out, leaving only the most insane of the Donkeys to try and grasp power.
Blogger to Word Press
It continues and I’m trying to migrate the entire Virtual Mirage Blog, which requires some razzle dazzle. I’m working on some other elements that will be incorporated in the new blog. Hopefully when it’s all finished I’ll be out from under the thumb of Google censorship and I’ll be able to comment on my own blog… It’s annoying. But it will be fixed.