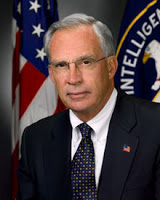 Facebook
Twitter
Pinterest
WhatsApp
Hopefully I will be updating you all on a few things that may or may not have been covered by the mainstream media.
Another Make-Over?
The Obama Administration and Director Brennen has overseen a re-make of the Central Intelligence Agency. This time next year, a new president will be reviewing recommendations from a transition team, and likely also the views of a new director or director-designate, on the state of affairs at the Central Intelligence Agency – including the impact of a major reorganization initiated by the agency’s current director, John Brennan.
I’m not a fan of Director Brennen and I don’t think that Director Brennen is a fan of mine. At the risk of seeming out of touch, I prefer the direction taken by Director Goss. Porter Goss went against the grain by suggesting that another separate agency should exist which is a lot more secret and a lot “sharper” than the CIA, to do what the nation needed to keep the country safe.
The CIA is an essential institution positioned at the heart of an intelligence community (IC) charged with anticipating, understanding, and often neutralizing threats to our national security. The progressive lobby feels that it would be a mistake to reverse or suspend any of the reforms now underway at Langley (which include serious emphasis on climate change intelligence) without the benefit of a rigorous and objective assessment of how the new priorities, structures, and work processes are actually impacting the Agency’s core missions.
America needs a CIA director that is more in line with a “Trump Doctrine” than an “Obama Doctrine”. There are a number of “Old Whores” who agree with me.
Iranian Expeditionary Forces in Syria

It’s been a tough week for the Islamic Revolution Guards Corps (IRGC). Iranian press sources published images of a funeral for IRGC personnel recently killed in the village of Khan Touman, southwest of Aleppo on 7 May.
A confederation of extremist groups that includes the al Nusra Front ambushed the IRGC and affiliated fighters. One unconfirmed report stated that 80 pro-government fighters died, including 17 IRGC “advisor”. The IRGC has admitted that 21 “advisors” were wounded. At least two soldiers were captured and displayed in web postings.
A situation report on 11 May indicated that clashes were continuing at Khan Touman. Iranian press claimed that pro-government forces killed 500 terrorists at Khan Touman as revenge. Iranian leaders said that pro-government forces will retake the village.
The web postings indicate the capture of Khan Touman is a significant morale boost for the extremist fighters. Iranian treatment of the action played down its significance, despite the deaths of two IRGC brigadier generals in the fighting.
A retired IRGC general said that since 2012, Iran has lost more than 1,200 soldiers in Syria. He called for Iran to withdraw from the Syrian fighting and focus on fighting the Islamic State (ISIL). The Iranian leadership will not adopt that position, but Iranians are showing signs of war weariness.
Breaking News?
Fox calls it breaking news. However it’s yesterday’s news. There’s nothing new about this. I want the USGOV to disclose WHY Amb. Stevens was in Benghazi and why he left his security detail behind in Tripoli…that would be news, my friends. But it’s classified. One day maybe it will be declassified and we will learn the truth of the matter. If Trump becomes president, stand by for that. If Hillary ascends, it will buried next to the firearm that killed Vince Foster…and Jimmy Hoffa.

BREAKING: FOX News has confirmed that the Obama Administration ran guns from Benghazi to Syria before the attack on the U.S. consulate in Benghazi on September 11, 2012 that killed Ambassador Chris Stevens and 3 other Americans.

The report reveals that U.S. Intelligence agencies were fully aware that weapons were moving from the terrorist stronghold in Libya to Syria before the attack that killed four Americans. It also ties the attack to the 9-11 terrorist attacks, and puts to rest the Obama/Clinton narrative that the attack was a “spontaneous demonstration caused by a YouTube video.”

The  Kenyan government is closing its largest refugee camps. An Interior Ministry statement read, “The Government of the Republic of Kenya, having taken into consideration its national security interests, has decided that hosting of refugees has to come to an end.”
Under the directive, newly arrived asylum seekers will not automatically receive refugee status. The government also will step up efforts to have those already living in the country removed.
Kenya hosts around 550,000 refugees in Kakuma in the northwest and in Dadaab in the east. Dadaab is the world’s largest refugee camp, according to the UN. Most of the refugees are from Somalia.
Several serious attacks by al Shaba’ab terrorists in the past two years have persuaded Kenyan authorities to take dramatic steps to improve border security. Kenyan investigations found that the refugee camps are a safe haven and launching point for terrorists from Somalia. Kenyan authorities judge that the security situation is safe enough for the refugees to return to Somalia.
We reported here on Virtual Mirage last month that Kenya announced that it would resume construction of the 700-km border security wall. The decision to no longer host refugees will not be rescinded. Dadaab will be closed first.
Britain is Expensive
Key House committee leaders have requested an investigation of the Pentagon’s plans to build a large intelligence center in the UK, arguing that the cost of the facility will be far greater than it would be  at other  potential locations.
Rep. Devin Nunes (R-CA), chairman of the House intelligence committee, Rep. Mac Thornberry (R-TX), the chairman of the House Armed Services Committee, and other lawmakers have asked for government inspectors general to examine the site selection process that chose the Royal Air Force Base Croughton to host a new intelligence center for US European Command and Africa Command.
In an April 27 letter to the inspectors general of the Department of Defense and intelligence community, the lawmakers asked for an inquiry into whether “inaccurate or misleading information” was provided to Congress about the selection of Croughton. (TheWallStreetJournal/3May2016)
Communism Continues to Fail in Venezuela

On 11 May, Venezuelan security forces fired teargas and pepper spray at anti-government protesters, injuring opposition leader Henrique Capriles and forcing a march to turn back from central Caracas. The protesters were trying to reach the headquarters of the electoral board, or CNE, demanding that it verify a petition signed by almost 2 million people calling for a referendum to oust President Nicolas Maduro.
On the morning of 11 May, a crowd sacked the Maracay Wholesale Market in central Venezuela. The mob of some 5,000 people broke through a security cordon to loot food. One observer said the trigger for the crisis is the shortage of bread and other wheat products.
Incidents of looting have been increasing steadily this year, but mobs have not defied armed guards in this fashion until now.
Bread is one of a small number of commodities for which fluctuations in the price and availability are likely to trigger civil disorders. The mention of bread shortages and high prices as triggering conditions for mob action is a textbook red flag for violent internal instability.
Five years ago in Tunisia, shortages of bread and high prices were primary economic grievances driving the Arab Spring. Bread shortages and high prices are reliable indicators of worse mob action to come, unless the shortages are relieved and the prices decline.
The End of Women’s Sports Teams 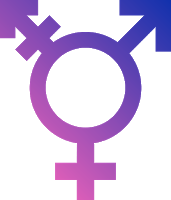 Since gender has evolved from the biological to “how you feel at the moment”, we need to get away with “women’s teams and men’s teams” and just call them “teams”…which means that’s the end of women being involved in competitive sports.

If you look at track and field alone, men’s lowest times are far better than the times managed by women. It would be “sexist” but since that’s just “how you feel at the moment”, I don’t think that the gender card can be played faithfully anymore. Somebody call Hillary and explain that gender is only a ‘state of mind’.

I’m sure that male trannies can pretend to be women on  teams. That might make people feel better? Difficult to predict. One thing is certain If Bruce Jenner, woman of the year, was a bit younger, he could be a serious star in women’s sports…except we can’t call them that anymore.

Should there be an end to segregation in prisons based on gender? It’s time to make that move. Now men can have female cellmates for comfort without the need of ‘conjugal visits’. Now THAT would be progressive.