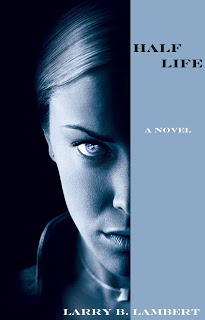 Half Life has been a challenging novel because it’s science fiction — and dare I say, a unique science fiction story in a genre that seems to be populated with the same sort of story with a twist.  Writing Science fiction is more difficult for me than writing stories like White Powder which is only partially fiction and is based on actual characters. One friend of mine who served with CIA in Viet Nam read White Powder and he told me that it caused him to flash back and have disturbing dreams. I took that as a distinct compliment. 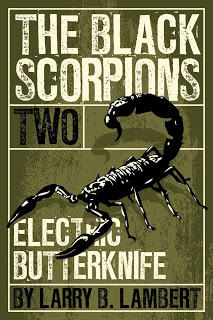 Unlike the world of White Powder (Laos circa 1960), Half Life is set in the future when humans are still generally the same, but the situation has changed as it always does in Science Fiction. One of the challenges I’m facing with Half Life is that of writing a young lady (who is not wholly human) into the story.  Opus #6 has read some of the early chapters in Half Life and suggests that its some of my best writing. The proof of the pudding is in the eating. The reader decides whether my writing is worth anything or not. 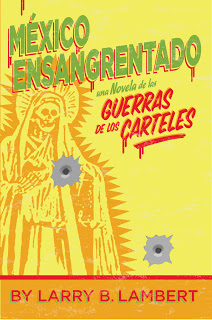 Bloody Mexico, The Old Whore and the yet to be completed third book in the Cartel Wars trilogy all have elements of fact blended with the plot in much the same way as White Powder and The Black Scorpions Novella Series do. I’ve been working on a Spanish translation of Bloody Mexico (cover below) and doing that right with a translation that holds water both culturally and factually has been more work (than it’s worth) than I thought it would be. That project is on hold.
The Black Scorpions Novella #2,  Electric Butterknife , is all but done and only requires me to make another pass before sending it off for editing. I would have completed that before now, but for Half Life that has me in its odd grip. I literally dream about the characters in Half Life, which sounds odd unless you’re a writer and you’re into your own characters. Where I relied on real people for my other stories, Half Life draws from a different wellspring. It’s important to step out of your comfort zone when you write (my opinion only) to see what comes of it, if for no other reason.
Writing is difficult. Writing a book is difficult such that it genuinely holds together. And you never know whether that is the case or not until others read it and decide whether THEY like it or not.