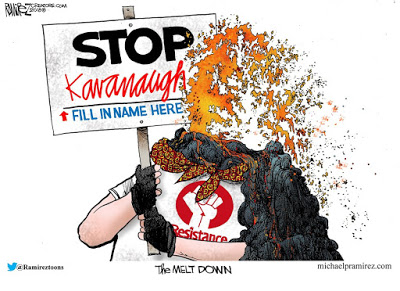 The corrupt, progressive, sly, lying elite media is pushing its minions on every single issue put forward by President Trump. There is no picking battles. Though the supreme court nomination will cost them a lot of political capital that they’re bound do lose. It doesn’t matter. The Trump Presidency has every possibility of destroying the progressive movement (at the moment, headed by Hillary Clinton). Trump successes, and there are lots of them, sends the message that you don’t have to be a politician to achieve big in politics. That’s toxic to professional parasites.
Rome 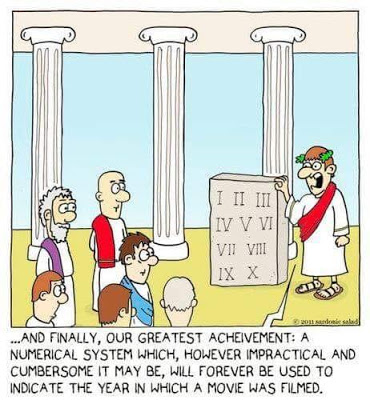 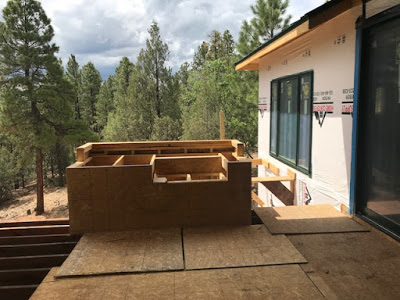 One day, this will be a BBQ out on the deck. It’s supported by a large concrete structure that is the tool shed (below)
The siding arrived on Tuesday and it’s going up now. The insulation people should begin their job insulating interior and exterior walls later this week preparatory to the drywallers coming in when they’re finished and making the house look a little closer to complete.
I managed to squeeze two days out of my travel schedule to spend in AZ, working on details of the concrete countertops, and other misc. items. Monsoon is underway in the high country and it keeps things cool, and more humid than usual. 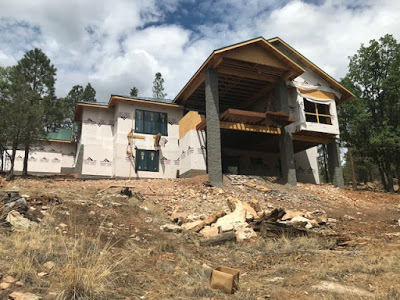 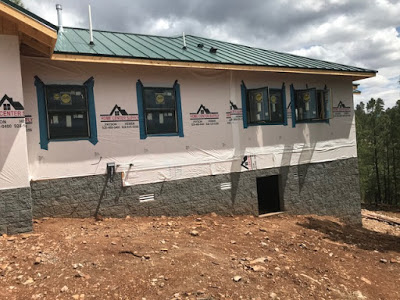 Work has been hectic and I’m on the run, but at the risk of sounding smug, I never tire of enjoying my time at the house I designed at the location I wanted in specific. The great room windows accordion back allowing the outdoor living area (enclosed deck) to join with the room for parties and events.
I’m not a party person but the family should enjoy it – as will I. Anyway, that’s as much of an update as I have. 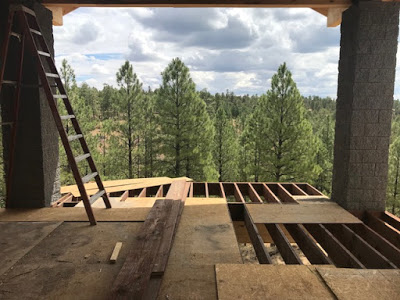