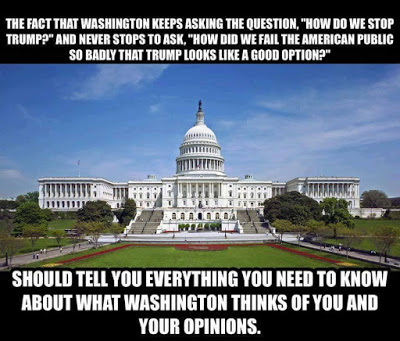 I realize that some of you who read this blog are opposed to the possibility of having somebody like Donald Trump in the White House.
I understand that some of you experienced  a politically correct moment when Trump said that we needed to stop Muslims from coming to America until we were able to figure things out. Most of you don’t live down the street from a mosque the way that I do.
Dealing with the savages has to be a national priority. Bringing them here is something that we don’t want to do.
I don’t hate Muslims in general, but when Trump said that roughly a quarter of all of the Muslims in the world want to see America and Israel wiped off the face of the planet, he was CORRECT. The mainstream media recoiled. I’m sure our president, who is still unable to connect the words Islamic and Terrorism, felt stabbed in his side.
Europe is beginning to reap a bitter harvest from allowing roughly one million military-age Muslim males across their borders from Syria, Iraq and North Africa. And the attacks that we’ve seen are only the beginning. While the European problem is not precisely our problem, it can be if we make the same mistakes that they have made.

(Brussels, Belgium) As many as 31 people were killed and more than 180 injured as coordinated terrorist bombings rocked the Brussels airport and subway system during rush hour Tuesday morning in the Belgian capital.

Two bombings at Zaventem Airport, where 11 people were reportedly killed, and another at the metro station in the Maelbeek section near the European Union headquarters, where the mayor’s office said 20 were killed, were almost immediately confirmed as terrorism. The attack at the airport was reportedly accompanied by shouts in Arabic and gunfire, and an unexploded suicide belt was reportedly found in the aftermath.

“What we feared has happened, we were hit by blind attacks,” said Belgian Prime Minister Charles Michel.

“We are at war,” French Prime Minister Manuel Valls said Tuesday. “We have been subjected for the last few months in Europe to acts of war.”

If you were to travel with me to any of a number of ‘fusion training centers’ run for law enforcement by the US Department of Homeland Security, you would see that 100% of training scenarios are run against “radical American conservatives” who feel that the government has overstepped its boundaries. DHS trains bot its own and other government agencies to handle ‘sovereign citizens’.  “Islamic Terrorism” does not exist as a matter of practice in the US Government per the commander in chief, who has a personal love of Islam. Am I the ONLY FRIGGING PERSON IN AMERICA who sees dysfunction in this?

One possible solution is to have more “Draw Mohammed Contests” in Texas.