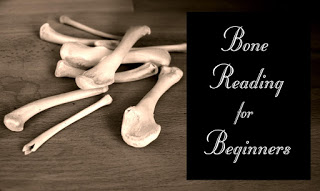 The Democrat Party has continually crowed (through their Ministry of Truth proxies in the mainstream media) that they understand America, Americans and the political future of the nation. We have been blanketed by their predictions and progressive wisdom.

Nobody casts the bones better than Rep. Pelosi, who despite her assertions to the contrary, is the best friend that the Republican Party has ever had.

“I think we could, today, win everything. Bless his heart. Donald Trump is the gift that keeps giving to us,” House Minority Leader Nancy Pelosi said in June. And with the death of conservative Justice Antonin Scalia in February, Democrats began to imagine the potential of a liberal Supreme Court. “It would enable a revival of a dramatically different role for the court: as an institution that drives social change instead of halting it,” Linda Hirshman, a social justice warrior, wrote in an opinion essay for The Washington Post.

What Democrats expected to be the historic election of the first female president was instead a devastating loss — for Clinton, Obama and their political vision. That reversal of fortune was palpable in the days following the election as Democrats reeled from a knockout blow that they never even saw coming. And there is more on the way.
President Trump is still a bit over 40 days from being inaugurated and he’s behaving like THE President. Barack isn’t quite sure what to do. It wasn’t in the script. He was supposed to hand the baton to Hillary who would carefully preserve his legacy while racking up another ten trillion in debt while the US was completely sucked dry by foreign markets.

The world didn’t react as planned either. The British, the French, Austrians, Italians and possibly also the Netherlands are in the same mode as the USA. The globalist philosophy is still there but it’s been set back fifty years or more. And the Mainstream Media didn’t see it coming.