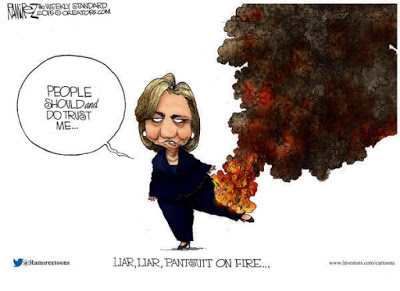 The George H. W. Bush family feel that Trump wants to undo all that they have done in the effort to create a “one world government”. Hillary, on the other hand, supports that agenda. I am not shooting from the hip, that’s what the Bush family is saying. It’s not about Jeb!, it’s about the policies of America First that has them most disturbed.

Make of the actions of the Bush family as you may.  I think that the election of Hillary Clinton as president will have dire consequences.

Some of you think that Trump will not make to inauguration if elected – and Mike Pence would be the next president. It’s a scenario. It’s more likely that if Hillary was elected that we’ll end up with Tim Kaine as Commander-in-Chief (sort of Biden without the brain power…if that’s possible). It’s that kind of election season.