I didn’t grow up rich, but for me, there was always a pathway through life, and when I bumped into an obstacle, I crawled over it sometimes. Other times I walked around it. As with many of you, I went into the military. That was before it was social justice/tranny friendly and you could swear and spit if needed. Combat didn’t frighten me because I was bullet proof – and as it turns out, I was. But there were others who were not.
But I digress. The point is that there was always something out there to try, and there was opportunity. Speaking of young people, I don’t see much of that today. Good jobs are very hard to find and the notion of changing jobs because you have an itch to try something else isn’t something that you’d want to do. Most folks are clinging by their fingernails, hoping that the other shoe won’t drop.
Social Justice in lending during the Bush Years and endless, worthless, Middle East wars along with vast hand-outs to buy votes have beggared the nation. We have a larger national debt under Obama than under every single president that came before him – combined.  Everyone I speak to talks of business being off 20% or 30% with no way to make up the loss. Retail is tenuous at best. Costco seems to be doing well but even they have seen serious dips because of the economy. Add to that, a burning desire among the progs to raise the minimum wage to $15/hr and there is an even bigger problem.

Do I hear an amen? This is a sermonette, after all… 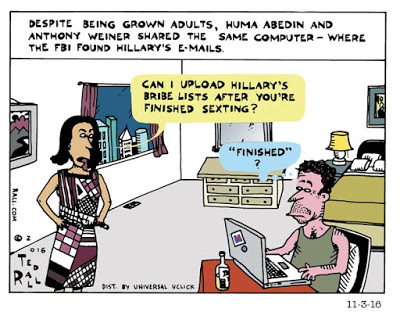 Today, on a daily basis, Americans needs to turn to WikiLeaks to learn what the fourth estate is covering up. Imagine that twenty or thirty years ago? There is more truth on the pages of the foreign press than in the American press.

Russia lectures America on the sanctity of human life in the face of an America that is poised to adopt elective abortion up to the moment of birth. Social justice doesn’t apply to the most vulnerable among us and the progs are fine with that.

Minorities on college campuses are DEMANDING segregation with equal fervor to their demands for desegregation only a generation ago. They are unable to decide what they want. Brown vs The Board of Education, Topeka, KS remains in effect. But maybe it’s time to go back to “separate but equal”? Or is it racist to even discuss it?

Despite massive corruption with evidence that puts the issue far beyond the question of reasonable doubt, Hillary Clinton may be the next president. Election fraud is significant, and there is no requirement that anyone be identified in order to vote. There is no way to insure any election in America is free or fair — and we look down at third world countries. The ascendence of Hillary feels very much like a tin pot potentate in a third world country. 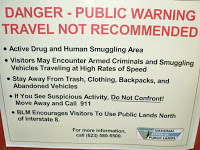 There are signs along our Southern Border, posted by USGOV, advising citizens that the area has been ceded to drug gangs – and they are to proceed at their own risk. It’s a situation that would have been intolerable a decade ago, but it’s become how the nation works (or doesn’t work) now. Candidate Clinton and SECSTATE Kerry want a border-free America. One can only imagine how much more territory would be in the same status in that situation. The upside is that arms smuggling into the US from Mexico (a place with draconian firearms control laws) would increase the number of military style small arms, land mines, hand grenades and rocket launchers in private inventories. The addition of RPG’s to the community inventory would make inviting targets of those up-armored SWAT vehicles and bank vaults.
The country has been mismanaged, often with intent, and our best interests are not seen to. The military has been betrayed. Post 9/11, the CIA was tasked to take down terror networks, then Congress flip/flopped and wanted to see those very people punished for doing what Congress told them to do. The FBI has been racked with political scandal and corruption at the highest levels, and trust in this nations institutions has never been lower since the beginning of the War of Northern Aggression/Civil War. Constituted government has become an adversary to many Americans rather than an enabler and honest broker regulating with common sense and an even hand.
The pathway that people are looking for is a rocky one. Things never remain the same, ever. However the change is disturbing.  California and four other states are looking to make marijuana legal. Prop 64 has widespread support. A lot of people smoke it now. This would legitimize it and would give those lay-abouts who use it now even greater incentive to lay-about, cash their government welfare check, and stay high. I’m not going to argue the merits of drug laws here, but statistics show that the public is not better off with more legal drugs. The cartels, businessmen who are keenly aware of the market, saw this coming and shifted production from c. sativa to opiates. America is awash with heroin as a result. The law of unintended consequences strikes again. 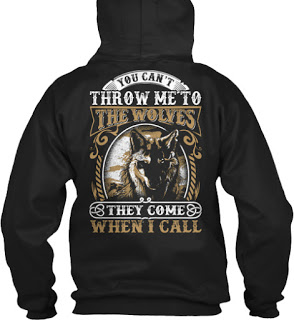 For me the decision to “go Galt” is a natural one, and one that a person who is unafraid of living in the mountains finds appealing. Grinding loneliness can be tempered with an antenna and bandwidth… But I fear for my nation, my countrymen, and my family, who find it more difficult to bunker up than I do.

As to my grandchildren, all I can hope is that I can leave something worthwhile behind.