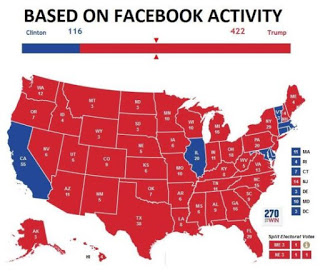 Some conservatives are promulgating this electoral college map as the likely and probable map on Tuesday night. I doubt that Hawaii would ever go Republican. The entitlement culture there is profound. The liberals in Oregon and Washington are likewise too rabid to ever vote for Donald Trump over (her Satanic Majesty), Hillary Clinton.
The map is allegedly based on Facebook activity of Republicans and Democrats.
I think that California (in defiance of polling) may be closer to a Trump victory than the mandarins suggest. It’s not so much do to numbers as to a lack of enthusiasm for Clinton. Polsters ask how people are likely to vote. They find it difficult to divine (even by casting chicken bones and runes) whether people will actually show up and vote. A lot of the California vote is cast by absentee ballot. I’ve heard that it’s strongly favoring Clinton – but we’ll see.
Departure Schedule 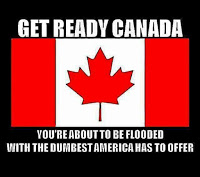 Should Hillary lose, we can all hope that the liberals will abandon California and crowd across the border into (mostly white) Canada.
None of the liberal elite are talking about fleeing to Mexico. I can’t figure out why that would be? Might it be that progs are racists?
Gun control laws in Mexico are harsh. The progs should like that. There is much less “white privilege” in Mexico. The Hollywood Jewish shot callers who dumped millions into Hillary 2016  should like that too.
I find it interesting that conservatives/patriots never talk about abandoning America. They just bear the yoke and hope for a better result in the next election. 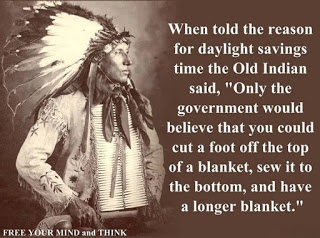