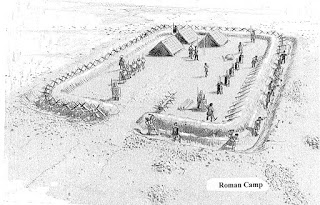 On the thirteenth day, one of the two boats, tacking north is dismasted by a strong gust in an afternoon storm and it taken in tow. They now use oars to offset the drag that they cause, and rotate crews every day so that everyone has an opportunity for exercise.

On the twenty-first day, they see a sail on the horizon, hugging the coastline. In time it is revealed as a fast bireme galley sailing with the wind. The oars are extended, offering a stable lee for the sailors and Quintus to board the ship.

As he came over the thwart, Quintus saw soldiers in fatigue uniforms and his eyes locked on Governor Marcus Marius Longinus, who smiled from ear to ear. “We’ve been looking for you, Quintus.”

Quintus drew his gladius as the last of the sailors crawled aboard and backed toward the ocean and the small boats, now adrift.

“No, NO! Quintus,” Gracus said, and he picked up the governor bodily and threw him over the side.

Quintus stared over the side as the governor splashed and sputtered.

“He made me swear to spare his life and leave him bodily intact if we found you. We have and I am good to my word.” Shifting to the governor flailing in the water, “I’ve kept my word. Now all you need do is swim for those boats or to shore, Marcus.” Shifting back to Quintus, “The man has diarrhea of the mouth. He would not stop talking.”

“First sheath the sword and then we will talk. The gods love you Quintus and your uncle is now caesar. He sent us to find you and bring you to Rome where you will serve with the praetorians.”

Gracus shrugged. “He can sink or he can swim. Up to him.” To the ship’s master, “Take us back.”

The lower level of oarsmen were chained slaves, the upper deck was manned by praetorians and only rowed when there was a need. The slaves moved the sweeps to the sailing master’s request and the galley pivoted.

“Did you ever find your woman? The governor’s…” Gracus looked over the tops of the waves, “widow? She set out weeks ahead of us in search of you.”

Ice gripped Quintus’ heart. “No,” he said faintly. “This the first word I’ve heard of her since I left Tingis (Tangiers).”

“We did see smoke inland, and a river inlet some five days north of here. Maybe that is them?” Gracus speculated.

The people that Mattia and her ship encountered were indeed pirates, disgraced legionnaires and misfits from the empire who found a new way to live. As soldiers, they paid close attention to rumors of Imperial movements along the coast.

The drawing, made by a dark man of a Roman military encampment and his count of at least one cohort of soldiers south of them indicate that the Empire is expanding. The arrival and presence of one cohort of regular legionnaires (not auxiliaries) indicates that there will soon be more. A permanent fortress instead of a temporary camp tells the pirates that a large military campaign will soon be underway. 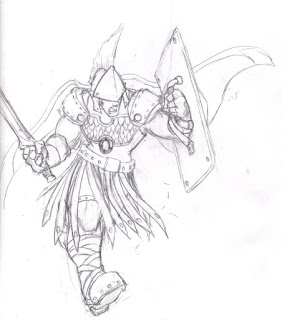 The arrival of a ship containing a queen and her escort would be rich booty under other circumstances, however taken in total, it invites circumspection.

Mattia, (the queen), asserts that a strong force of Roman infantry will be arriving soon on the river. She pleas to be released. The pirates think on the situation. It costs them nothing to wait and they use the time to unload Mattia’s ship of supplies. They take her two female slaves for companionship, but allow Mattia, her escort and the sailors the freedom of the camp. She is treated like a visiting princess.

Further sketches, made by dark men suggest that the legion in place in camp south of them is none other than is Ultria Victrix, the thirtieth. It is a main force legion, and if one cohort is present, the other nine are typically on the way.

Not more than a week after Mattia’s ship is taken near the camp, a fast bireme is sighted at the river’s mouth. Half a cohort of praetorian guards disembark and make their way to the camp, where they too are treated as honored guests. Normally pirates are crucified on sight. As humble traders, they are spared that fate.

This story, Thirteenth Colony, is based on historical records, but is a work of fiction. I hope that you’ve enjoyed the blog series.

In due time, Quintus and Mattia return to Rome as husband and wife. Quintus is elected to the Senate in 129 AD and serves until he retires to the country.

The Thirteenth Colony is not viable and the evocate who settle there are relocated inland of Tangiers, where they prosper.

Governor Marcus Marius Longinus is reported to have fallen overboard in a storm while looking for the emperor’s nephew, but is not mourned. 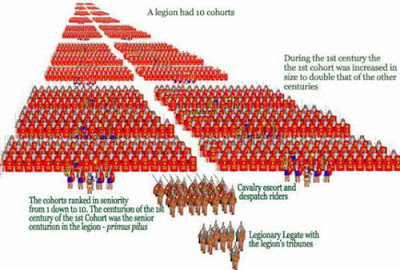