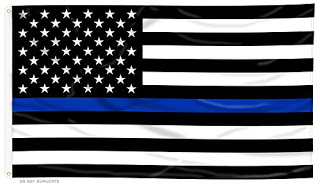 Babies in incubators, in bassinets, screaming, cooing, and just looking around, being babies. Nurses in starched white uniforms check the infants who are in distress. If they are not wet and they are not hungry, they are carried into another room where nurses wearing khaki set them in specially monitored cribs that mimic incubators. Sensors track the babies moods.

2020
Children are fighting over toys. One child picks up a metal locomotive and strikes another one on the head. Blood flows freely. The injured child grabs the train and smacks the offending child with it over and over again. Their blood blends. The first child retreats while the one first injured pursues. Cameras overhead carefully record similar events as they unfold.

Monitors wearing starched uniforms separate the more aggressive children from those who are passive, or who lose in the battles for possession of the most desirable toys.

The classroom has many high-tech features, but students are not using those today. They are studying from books, old school retro style, surrounded by a world of pads, screens and keyboards. They mark answers on paper with pens. Scanners record their eye movements. The students whose eyes stray to their neighbor’s paper fail the test and they are culled from the classroom.

It is a time of devotion. Young children, dressed in identical uniforms sit on wooden benches under a massive stained glass window portraying Christ’s return in power and glory. They sing, “Onward Christian Soldiers”, and their young voices combine together in a lovely choir. A priest invites them and they all recite ‘the Lord’s Prayer’.

A boy and a girl stand in a tall room that reminds us of a cylinder set on end. Both hold knives and they behave as if they know what’s going to happen. Their expressions are determined and fierce. Other boys and girls look down on them from above. The test monitors those above and the two in the arena below.

Two large, savage dogs with a feral gleam to their eyes are released below and immediately begin to attack the boy and girl, who work in concert to defend themselves. Sometimes the slashing fangs draw blood, sometimes it’s the knives. The key to survival for the boy and girl is teamwork.

As the girl goes down to a concerted attack by the dogs, one of the boys above in the gallery averts his eyes. Maybe he knew and liked the girl, who has just had her throat ripped out? People watching his behavior on a monitor wear black, unadorned, military style uniforms and take note. He is culled from the group.

Live fire exercises are the only truly effective training evolutions when they are used against living targets.

Doctors work in an operating room, installing biomechanics devices into young men and women, whose faces are covered by oxygen masks. They will not become cybernetic organisms in the classic sense. They are enhanced for the need of efficient field work in the face of what can be daunting odds.

Their blood is augmented by Pathway, a synthetic blood additive, laced with microscopic machines called nannites. They new, improved blood, delivers more oxygen and accelerates the processes of mitochondria, leading to much faster reaction times, improved muscle strength and a capacity to evaluate problems much more quickly than un-aided humans. Where normal humans take seconds to make decisions and carry out plans of action, they can do it in fractions of a second.

It’s graduation day and out of several tens of thousand babies that had initially been screened, there are fourteen law keepers ready to begin practical public service. Oddly enough the concept of the modern peace officer in 2035, of which these young men and women are a part, began with the “one riot-one ranger” legend. They stand completely still when at attention. Not a blink of an eye, not the twitch of a finger. Their uniforms are navy blue. Their chests are adorned by a silver badged, polished to the point of being lustrous. There are no name tags. None are necessary. There is no medal for marksmanship. All are experts. There is no identifying number, for they are one.

They can be differentiated only slightly by genetic background, but the single thing that they allow themselves of an individualized nature, is a tattoo on their left forearm. Each has chosen a distinctive theme that appeals to them personally. We are drawn to a fierce young man whose tattoo is that of blind justice, holding sword in one hand and the turbaned, bearded and completely severed head of a dead Muslim in the other. The scales are conspicuously absent. Under the image are the words, “Blessed are the peace-officers for they shall be called the Children of God.”