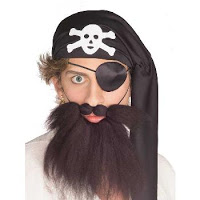 Facebook
Twitter
Pinterest
WhatsApp
IN TEN DAYS:
I’m considering joining the Million Muslim March in Washington DC on September 11, 2013 to commemorate the great victory at the World Trade Center. I’m trying to decide what I’ll need in the way of supplies for the march.

1. A fake beard. I can let mine grow for a few days without having it bother me, but I really don’t like long, ratty, nasty looking beards.
The photo (right) has inspired me. I might even include the eye patch, but Islam has no ruling on whether or not a fake pirate eye patch is a good idea.
2. I’ll need to pack a lunch. I’m thinking that a BLT and some of those pork rinds might be a good idea. No, I don’t intend to share them, but you know that I’d be the envy of the entire march. A flask containing some sort of distilled spirit would also elevate my mood when I’m shouting “Death to the Great Satan” and “Behead all who offend Islam”. 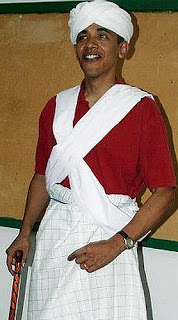 3. Which brings me to the sign. I need a protest sign. Calls for driving Israel into the sea and beheading or stoning or cutting off body parts is so yesterday. I’m sure that there will be a lot of Americans hanging in effigy and Saudi/Kuwaiti/Yemeni (pick your Islamic paradise) national flags flying. In the Middle East any sort of rally such as this would include firing AK-47’s into the air but I want to avoid that sort of grandstanding. Any advice?
4. I need to buy a Muslim outfit. Do you think that Barack will be using his for the march? They don’t look difficult to make. I have some table cloths that can be cut up to make myself look like one of the guys — keying on the President’s fashion statement.

Look at that photo (right), he is one sorry looking son-of-a-gun isn’t he?

5. No self-respecting Muslim male can show up at the march without half a dozen women wearing burkas, following him around, 3 paces back. They don’t even have to be women, because under the tent, who knows?

But if they are women, I’ll need to bring a rod to hit them with if they get unruly and try to eat my BLT or something. (though how can they eat while wearing a tent?) You know that women on a hot September day may elect to wear a head scarf.  But wait — they can’t do anything unless I approve it, so no, there will be no head scarves. The burka is necessary.

6. I will need a Bible to burn to show the infidels what I think of their puny faith. Think about it, they’re too weak to stop a million people who have sworn to destroy them from marching through their nation’s capital like a conquering army.
What am I missing? 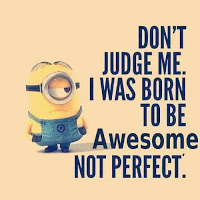 There is a 2 million biker run scheduled for the same day in Washington DC. I might fit in better in that crowd…

It will be interesting to see what happens when you mix one million Muslims (Moose limbs) with two million bikers. 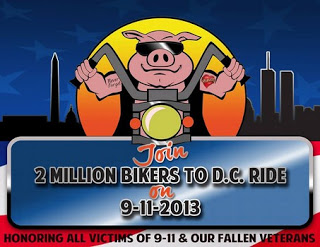