Facebook
Twitter
Pinterest
WhatsApp
In the first part of this short series, we discussed why efforts being undertaken by the Mexican government won’t have any lasting impact, and why the Americans don’t care.
The ruling PRI political organization and its traditionally nationalistic prejudice against foreign encroachment on matters of state security, along with that party’s desperate desire to re-establish hegemony by capitalizing on the electorate’s weariness of a now-stratospheric death toll, led to Peña Nieto’s call for a new strategy, the goal of which is not a large-scale interdiction of narcotics and the capture or killing of drug lords, as the U.S. wants, but rather an amorphous and politically expedient platitude of “reducing violence.”

Mexican President Peña Nieto’s government (to their credit) stopped taking money from the same narcos that the Calderon government favored. They picked different winners. During the presidential campaign and his first months in power, Peña Nieto promised to de-militarize the war by creating a civilian paramilitary gendarmerie along Colombian lines, and though he has appointed former Colombian general Oscar Naranjo as his security adviser, the proposed force’s status remains, and is likely to remain, in limbo. As the country’s economy grows at an impressive annual rate of approximately 3.8%, the unprecedented violence unleashed during the previous presidential administration has not abetted in any real way. In fact, in many parts of Mexico it is spreading and increasing, becoming more uniform throughout the country, even though various cartels’ territorial lines have remained largely static.


President Peña Nieto is not a puppet of the narcos, but he is clearly acting out an agenda that favors one group over another, as the PRI did back in the 1980’s when they did their best to ‘organize’ organized crime. 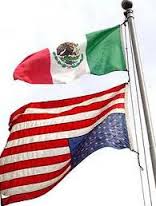 On December 15, 2012, two weeks after Peña Nieto was sworn-in as the new president, a tense and premonitory meeting took place at the U.S. embassy in Mexico City between the new government’s national security team, including the new interior minister, attorney general, and various Mexican intelligence officials, and agents of the FBI, CIA, DEA, as well as representatives from the State Department and the Office of the Director of National Intelligence. Maintaining a subtle calmness, the scandalized Mexican grandees were briefed on the extent of U.S.-Mexico cooperation in the hemispheric struggle to stem the tide of narcotics into American streets.
The Mexicans were informed that as the violence escalated in quantity and degree, the two countries’ partnership and fierce determination also deepened. By 2011, there was an intelligence fusion center run by the CIA in Mexico City, one run by the DEA in Monterrey, Nuevo Leon, as well as massive American infrastructure development inside CISEN, the Mexican intelligence agency. While American spies aided the various branches of the Mexican military in real-time during raids and intelligence gathering expeditions, U.S. spy planes were given full rights to patrol the skies, and unarmed drones provided Mexican Special Forces with information on the daily patterns of activity of targeted kingpins and their henchmen. To stem the constant threat of cartel intelligence agents’ penetrating the Mexican security services, the CIA’s then-classified program SCENIC was training the Mexicans on vetting methods, as well as on successful asset recruitment. President Calderon had come to rely so much on drones, that he decided to not only purchase some, but also asked the U.S. for armed drones to strike at the traffickers, a request that was turned down due to the immense political risk of collateral damage in politically volatile Mexico. President Calderon had also given U.S. agents the rather exceptional privilege of actually choosing which branches of the Mexican military, and further, which units, received the actionable intelligence, thereby also implicitly agreeing to the Americans’ assessment of the reliability (read incorruptibility) of specific units and officers.
Four months after the above mentioned meeting, President Peña Nieto’s team delivered the first changes to the U.S.-Mexico anti-drug efforts. The PRI appointees declared that Americans would no longer be allowed to work inside the intelligence fusion centers, and that direct communication between civilian CIA and DEA agents and their contacts in the Mexican military was now prohibited.


The PRI needs to be able to organize the narcos under the party’s banner and with party control over large shipments north. They can’t do that with the US flying drones overhead or with US spies reporting on what’s going on both on the streets and in the seat of power.

From an American point of view, the war ended.

(h/t Christopher S. Ljungquist for portions of the information contained in this report to you, the reader) 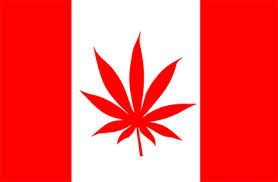 The Canadians are starting to care about this. But they’ve been warned about it for over two years now and said nothing but “cheers – eh?”