As the Sultan; son of Muhammad; brother of the sun and moon; grandson and viceroy of God; ruler of the kingdoms of Macedonia, Babylon, Jerusalem, Upper and Lower Egypt; emperor of emperors; sovereign of sovereigns; extraordinary knight, never defeated; steadfast guardian of the tomb of Jesus Christ; trustee chosen by God Himself; the hope and comfort of Muslims; confounder and great defender of Christians – I command you, the Zaporogian Cossacks, to submit to me voluntarily and without any resistance, and to desist from troubling me with your attacks.” 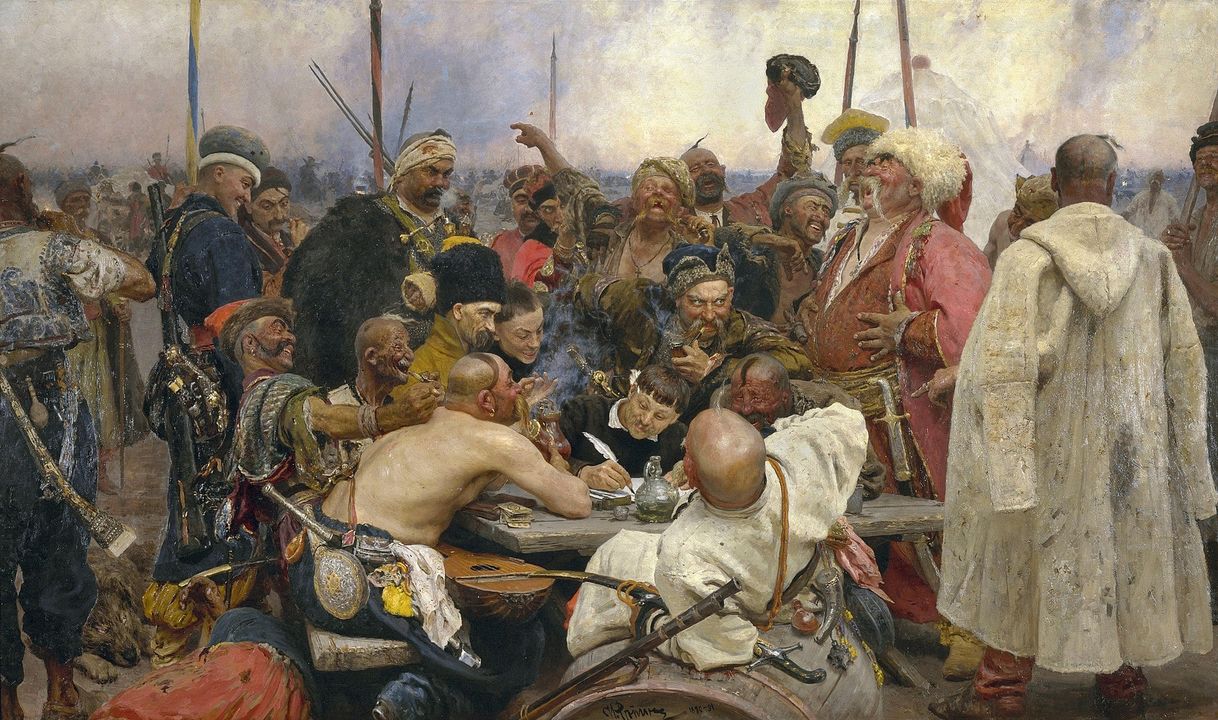 Reply of the Zaporozhian Cossacks depicts a supposedly historical tableau, set in 1676, and based on the legend of Cossacks sending a reply to an ultimatum from the Sultan of the Ottoman Empire, Mehmed IV.

The original reply, if it ever existed, has not survived; however, in the 1870s an amateur ethnographer from Yekaterinoslav (today Dnipro), Ya. Novitsky, found a copy made in the 18th century. He gave it to historian Dmytro Yavornytsky (1855–1940), who by chance read it to his guests, among whom was the painter Ilya Repin. Repin became curious about the story and in 1880 started the first of his studies.

It was a declaration of independence, Cossack style.

Cossacks (photos below) were not known for taking much chit from anyone. 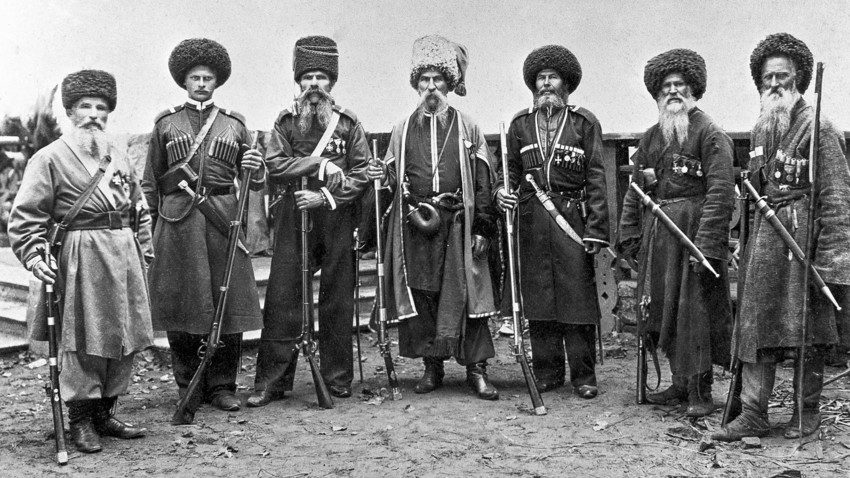 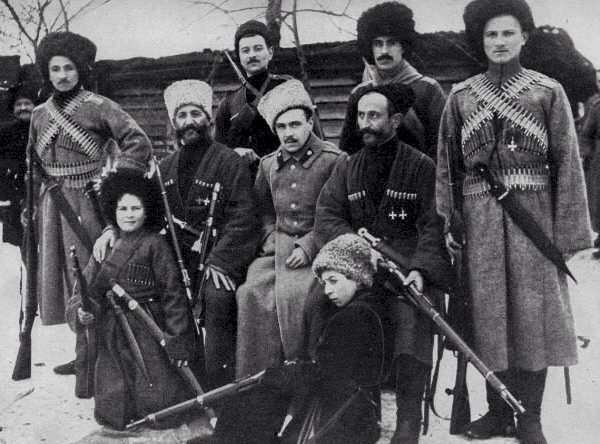 Zaporozhian Cossacks to the Turkish Sultan!

O sultan, Turkish devil and damned devil’s kith and kin, secretary to Lucifer himself. What the devil kind of knight are thou, that canst not slay a hedgehog with your naked arse? The devil shits, and your army eats. Thou shalt not, thou son of a whore, make subjects of Christian sons; we have no fear of your army, by land and by sea we will battle with thee, fuck thy mother.

Thou Babylonian scullion, Macedonian wheelwright, brewer of Jerusalem, goat-fucker of Alexandria, swineherd of Greater and Lesser Egypt, pig of Armenia, Podolian thief, catamite of Tartary, hangman of Kamyanets, and fool of all the world and underworld, an idiot before God, grandson of the Serpent, and the crick in our dick. Pig’s snout, mare’s arse, slaughterhouse cur, unchristened brow, screw thine own mother!

So the Zaporozhians declare, you lowlife. You won’t even be herding pigs for the Christians. Now we’ll conclude, for we don’t know the date and don’t own a calendar; the moon’s in the sky, the year with the Lord, the day’s the same over here as it is over there; for this kiss our ass!”

It would be good if Americans could reach deep and discover their inner Cossack, wouldn’t it?