The Last Story from CH 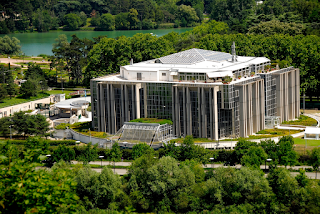 Facebook
Twitter
Pinterest
WhatsApp
My friend, identified as “CH”, has since passed away and was buried at Arlington National Cemetery. He rose to the rank of Colonel in the US Army. He was also an area expert in East Asia and more particularly in China.  He was home based in East Asia Division but he also worked in the Near East At one point in time he was a body double of the Shah Mohamed Reza Pahlavi (Shah of Iran) when there had been a plot against the Shah’s life. (Imagine a country boy from Arkansas as the Shah’s double…let that sink in.)
He was a devoted father, a good husband, whose wife worked for CIA as did he and she is still employed there to this day.
If you’re at CIA and they want you to retire and you’re reluctant to go, it’s was not uncommon during the time he worked there to show up and find your desk missing and it’s contents archived, with a small box containing your personal effects where the desk once was. The number to your personal safe, changed. Some take the obvious hint, and others take a few weeks to let it sink in. They prowl the halls of the HQ building(s) holding a coffee cup or look for friends to pass time with and then succumb, and turn in their papers.
CH was not a church going man and though he had definite opinions about Mohammedans that were in line with my own, religion did not play a large role in his life. I want to mention that here before we move forward. This is in no way a polemic or sermonette and I think that CH would be offended if I made it one. It’s simply his account. Take it at face value, if you will.
CH had a significant heart attack circa 2006 and because he was living in Maryland, they hauled him down the street to Bethesda Naval Hospital. As a vivid critic of the US Navy, he claimed that somebody wanted him killed and that if they’d wanted him to survive, he would have been taken a longer distance to Walter Reid Army Hospital. However, survive he did.
A couple of years later we were both in Lyon, France at the Interpol General Secretariat. We had rooms at the Hilton Hotel, just down the Rhone River from Interpol. One afternoon was free, so we decided to go across Parc de la Tête d’Or (the large park near the General Secretariat) to a market and buy the components of a lunch, sit by the lake and eat said lunch. Mrs. CH had him on a strict heart-healthy diet, which he ignored while on the road. As we walked he said the following.

“You know I had a heart attack and died there on the table. I was dead for quite a long time – a few minutes. I watched the doctors and nurses work on me and understood that I had passed on and had a complete feeling of peace. I also knew that I had a decision to make. I could go back into my body and live a bit longer or I could move on. It was not an easy decision because mortal life is hard and living is always a challenge and brings the pain of mortal clay. Moving on was happier, but I wouldn’t have the opportunity to spend the time with my grandchildren that I wanted to and see my youngest son marry. I knew that my wife would do fine without me, but I would miss her.

“As I hovered in the room, I made the decision to return for a season and no sooner did I do that then I was back in my body, alive, and looking into the operating table lights and the masked faces of Navy Doctors. naturally trying to hide their identities.

“My point is this: I want you to know that I am living on borrowed time. I made a decision and I think that it was the right one, but every fear or misgiving about dying vanished with that experience. Today it’s something that I’m not running toward, but I’m not running away from either. It will happen and I’ll pass. Don’t worry or fret when that happens because I’m not going to be unhappy about it at all. In fact, I’m looking forward to it.”

We found a market, bought bottles of carbonated lemonade, a fresh baguette to split, ham, cheese, some remoulade to spread,  and potato chips (crisps to my British readers) — assembled sandwiches had a nice lunch and I don’t remember what else we discussed. As with most private meals, we shared opinions and ‘solved all the world’s problems, if only the world would listen.’
RIP