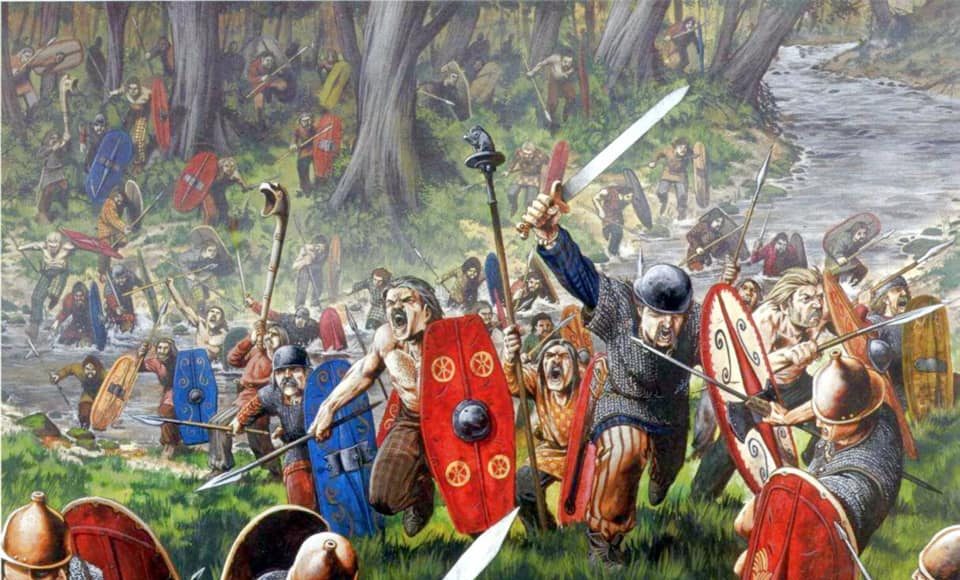 Battle of Sabis River took place near modern day Saulzoir, France, in 57 BC.

The only reliable source for the battle in which 60,000 Gauls were killed by the Legions is Julius Caesar’s  Commentarii de Bello Gallico (Commentaries on the Gallic War). The perspective of the Belgaeic tribe who he fought against, the Nervii, is not recorded, but there weren’t many of the left to tell the tale.

During the winter of 58 BC, while on campaign in Gaul, Caesar heard rumors that the tribes of the Belgae were beginning to form a coalition with the goal of forcing Rome out of the territory that they claimed. 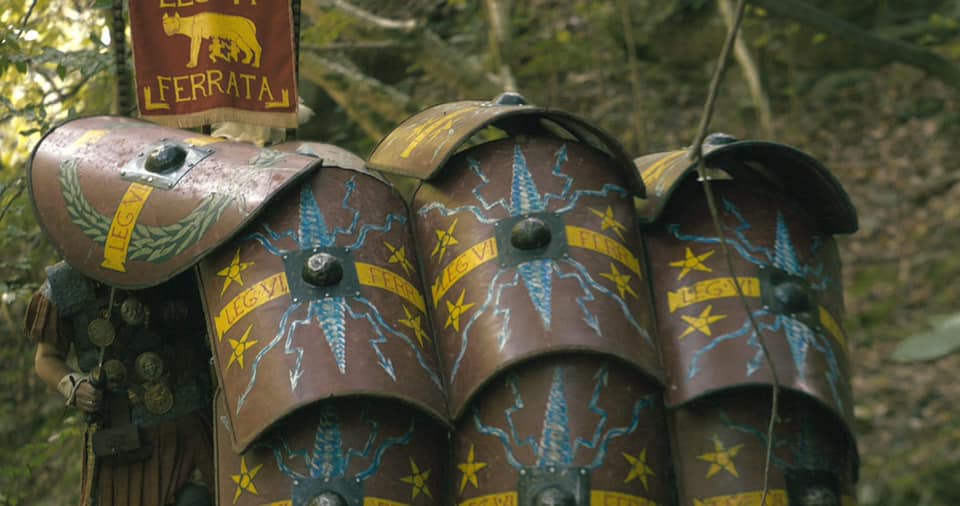 During the winter, the Romans encamped. The weather was not conducive for war and the practice was common then and well through the 1700-1800’s (recall the Hessian surprise when Washington’s Army attacked across the Delaware River during the winter while they were in quarters).

In the winter of 58 BC, the Belgae (who gave their name to Belgium) engaged in small skirmishes against Roman troops and 57 BC looked to have a lively spring. As a result of the threat, Caesar raised two additional legions in Cisapline Gaul, the 13th and 14th Gemina.

The Belgea Tribal Coalition were not united in their opposition to Rome. Gifts, diplomacy and the threat of was won over all but the Nervii, Viromamdui, Atrebates, and Aduatuci. Caesar’s local scouts told him that they were the most hostile, and that they would certainly refuse peace negotiations. 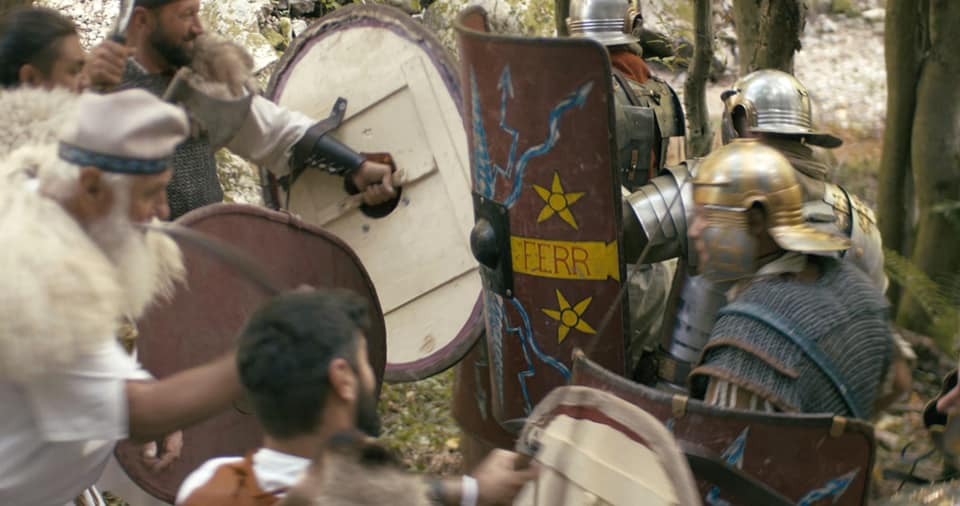 As with any ancient battle, we only have general estimates to go by in terms of the strength of both armies. Caesars 8 legions, Legio VII Claudia, Legio VIII Augusta, Legio IX Triumphalis, Legio X Equestris, Legio XI Claudia, Legio XIII Gemina, Legio XII Victrix numbered between 40,000-45,000 including their baggage train personnel and auxiliaries. (The newly formed Legio XIV Gemina rear guard)  He estimated that the Nervii force was around 75,000 strong.

Caesar and his legions had been marching for 3 days in the territory of the Nervii, with information from spies that the Nervii force would be massing an army on the opposite side of the River Sabis about 10 miles away. With his men traveling along a commonly used ancient road, the Nervii force knew exactly where the Romans would be emerging, thus they set a massive ambush planning to separate and concentrate on the baggage trains and legions individually, not allowing them to organize a strong defense. As we will soon find out, their plan failed.

Once the Roman force reached the Sabis, in the marching order of Caesar himself leading his 6 most experienced legions, the baggage train, and his newly formed legions providing rear guard, he ordered his men to begin construction of a camp and sent his cavalry and skirmishers across the river to recon the area. Soon after, his cavalry stumbled upon the entire Nervii army, springing the trap prematurely and skirmishing between the two cavalry forces.

With surprise lost, the Nervii decided to attack en masse.

Taken by complete surprise, Caesar in one of his most famous examples of leadership, began rapidly ordering defense and sounding alarm by raising the battle standard himself. He recalled his men from work and quickly got his legions into line of battle. 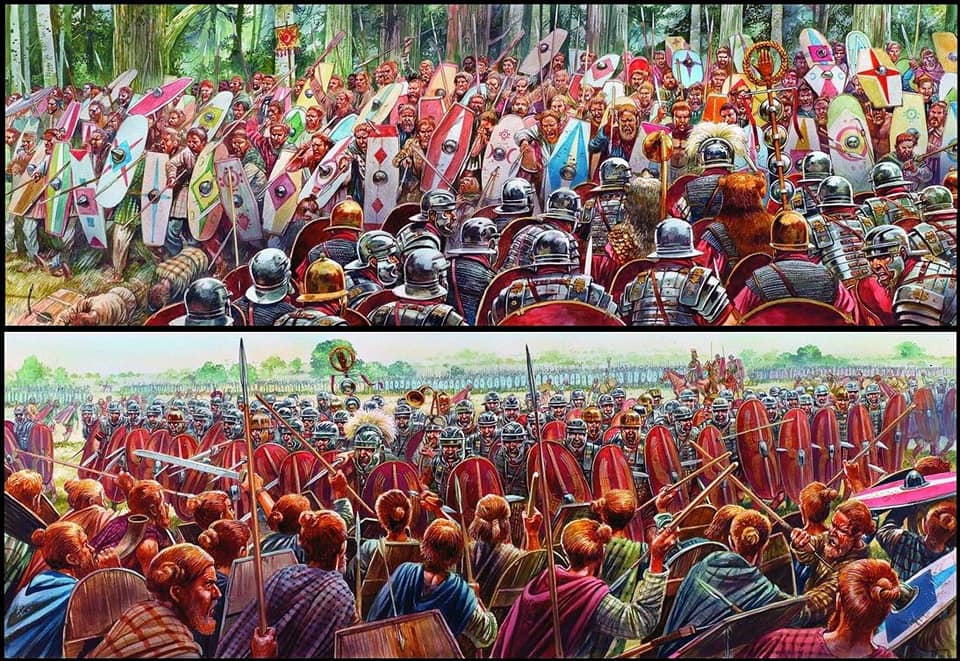 Finding himself on the left flank of his line, Caesar ordered Legio X Equestris and Legio IX Triumphalis to throw their pilae and then advance. During the confusion, a gap opened in the line, causing a concentrated force of tribesmen to rush through the opening, threatening to collapse the entire line and put the lightly defended camp in jeopardy.

Rushing to his right wing, he realized that Legio XII was in complete crisis. With all Centurions dead, the Signifier dead, the standard stolen, the men were on the verge of route. He leapt off his horse, took a shield from another soldier, and joined the fighting on the right flank, calling out his men by name and encouraging them to open and extend left and right. This action saved his right flank. 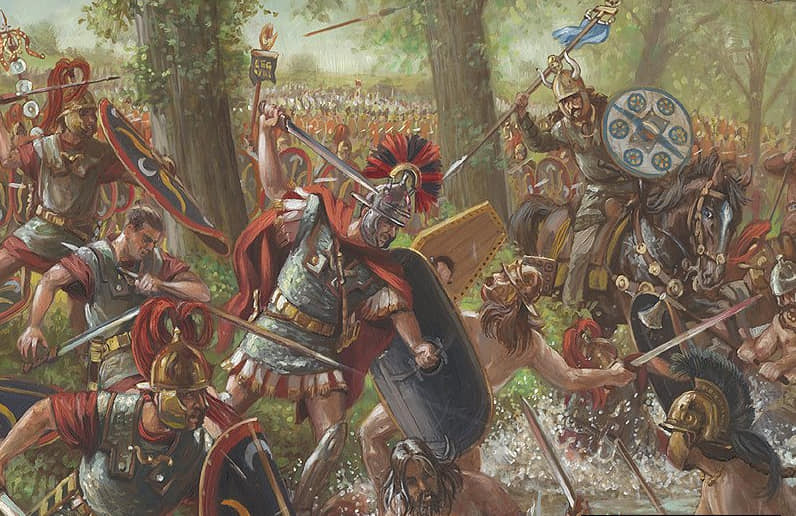 Meanwhile, By his own initiative, Caesar’s legate Labienus had completely destroyed the Nervii allied tribes, crossed the river and defeated the reserves, and seized the Belgic camp.

In the process, Labienus lost communication with Caesar.

As the fighting died off to his front, Labienus realized that Caesar was in dire need and took his men to the aid of the rest of the army, striking the Nervii from the rear. At this point the battle had been decided, but the remaining Nervii fought until the last man. 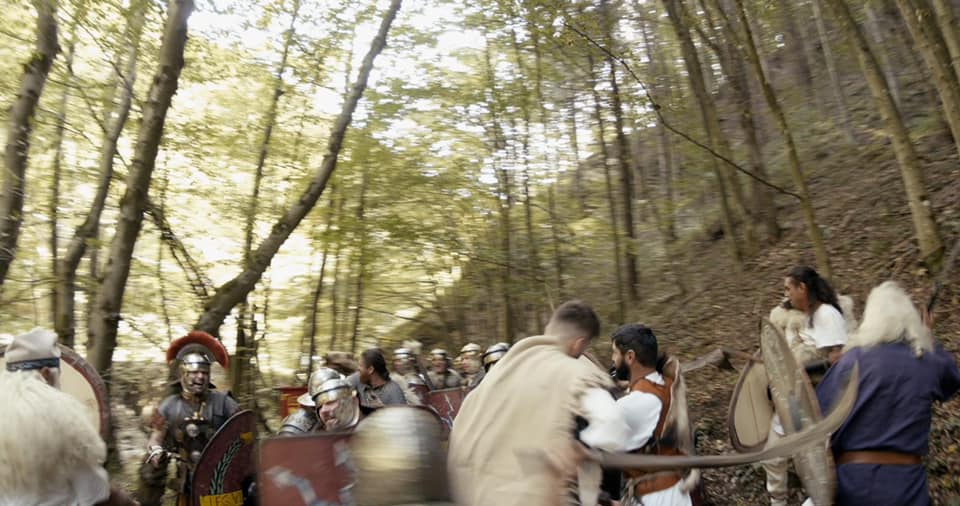 Caesar records in his commentaries that the Nervii had fought valiantly and with extreme courage. He recounted that his legions killed upwards of 60,000 tribesmen, and did not include his own casualty statistics.

There were other Roman monarchs who were also brave soldiers and great generals, but none so great, in think, as Julius Caesar. Things ended badly for him. Mark Antony was also a great soldier and able leader in the Julian mold.

(Octavian’s genius was not in grabbing a gladius and hacking away, but in administrating an empire.)