Who should Teach your Children? 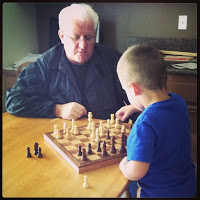 I’m the father of four daughters and I always considered that the primary responsibility for educating them was mine/my family’s. I know that’s not a collectivist view, thus not very progressive one. If you met my daughters, you’d be blasted with their views of duty, honor, God, country and family. None of those are progressive values. When they see the flag raised, they stop, remove headgear if they are wearing a hat and put their hands over their hearts. If you look closely, you may see their lips move slightly as they sing the national anthem to themselves.
Grandparents have a role in raising grandchildren too and the concept of a nuclear family, while fading in America, still has pockets of people who feel that it has value.
In California your children will be taught about the politically correct nature of having two mommies or two daddies (or two gender optional transexuals) in public school and how abortion is not only a “right” but how it’s a very good option for a promiscuous teen who ends up in a family way. In California schools, a fetus is not a human being. It’s something else. You won’t learn much about American history and you won’t learn much about what it takes to be a man or a woman. You’ll learn to pass the national standards tests.
Take just a moment to view the progressive view as MSNBC Hostess, Melissa Harris-Perry discusses the collective responsibility of education, relieving parents of that job.
“LEAN FORWARD”
In Aldus Huxley’s classic, Brave New World, all children were raised by the state. That’s true in many communist utopian states such as North Korea. There are people in America who buy off on the collective raising of children so that parent’s don’t have to invest their valuable time in this endeavor. The Biblical concept of honoring your father and mother are hopelessly out of date in the progressive utopian agenda of state-raised and educated children.
In order to create an Orwellian State, the first thing that one must do is to separate children from their parent’s teaching. Parents are not always politically correct. Neither are traditional values. Those values need to be moderated through collectivized education that is overseen by the state. It’s all part of fundamentally transforming America.
The progressive agenda calls for an educational system tightly coupled with the political system such that education is subordinated to the political system. This requires tight administrative controls of schools by the national administrative system. Collectivistic activities as a major part of the learning process will be stressed to facilitate the internalization of socialist  collective norms and culture. There is no place for the family in this.