The Evolving Situation in Qatar 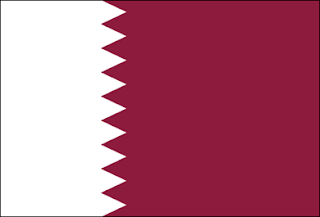 Facebook
Twitter
Pinterest
WhatsApp
This is an extension of reporting on the changing situation in the Middle East as it pertains to Qatar from this blog. (previous link)
Watching cause and effect is always interesting and in this instance, friends of mine are involved in the fray. That means my reporting on this blog must be somewhat circumspect, however we stick to open source reporting here at Virtual Mirage.
Elections have consequences. The Middle East is in a bi-polar struggle as it has been since the death of the prophet, Mohammed. The Shiites in Iran/Persia who are not Arabs are at odds with the Sunni who are Arabs in Saudi Arabia. Control of that black meteorite in Mecca has moved trillions of dollars over the centuries. The US move to support the Arabs (after Obama supported Iran) and demands to stop the flow of money to terrorism is causing some stress. However, dear readers, President Trump’s initiative is meeting noteworthy success – which you will not see reported in the corrupt, elite, lying, smug mainstream media.

An Attempt at Intervention
Kuwait’s Emir, Sheikh Sabah Al Ahmad Al Jaber Al Sabah, arrived home after a short visit to Saudi Arabia on 6 June to try to mediate the schism in the Sunni Arab monarchies. In Riyadh, he spoke with Saudi King Salman bin Abdul Aziz about ways to defuse the crisis with Qatar.
Open sources contain no details of the discussions. Sheikh Sabah urged all parties to refrain from actions to escalate the situation.
Qatari Sheikh Tamim announced that Qatar will not retaliate against Saudi Arabia and the other Gulf monarchs and postponed an address to the nation on 5 June in order to give Sheikh Sabah‘s intervention a chance to succeed. The Qatari foreign ministry blamed the isolation campaign on the US. –  Of course. The blame Trump/blame Bush/blame the US game is old and worn out but it’s playing on Al Jazeera (Qatari media network).
During a crisis in 2014 involving Qatar and the same complaints, Kuwaiti mediation succeeded in easing tension. The Saudis will make strong demands on Sheikh Tamim for readmission to the Arab royal fraternity. “Strong demands mean money” – and understanding the geopolitical situation always means that you follow the money.
Jordan
Jordan has decided to reduce the level of diplomatic representation with Qatar and to abolish Al Jazeera’s office license. Jordan is seeking to achieve regional security and stability, to show unity with Arab countries and protect the country. The government hopes to resolve the crisis between Qatar and its Gulf neighbors and to ensure the cooperation of all Arab countries.
As an Arab monarch, King Abdullah is almost required to stand with the other Arab monarchs against Qatar, but Jordan has no need to lead the dispute. Nevertheless, Qatar’s free-wheeling meddling and spending to support Islamic extremist groups have imposed or contributed to heavy security costs on Jordan. Jordan needs to be included in a settlement.
Mauritania
Mauritania announced on 6 June that it cut diplomatic ties with Qatar. It is the ninth Arab or Islamic country to sever diplomatic relations.