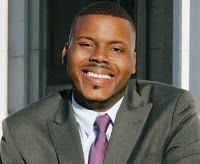 Facebook
Twitter
Pinterest
WhatsApp
Stockton, California is a ghetto city. There are a lot of ghetto cities in America and it takes a lot to improve them – generally by having people with money come along, buy homes, and displace the people who made it a ghetto in the first place. The process is called gentrification.
Stockton is also poorly managed and in 2012, they filed for Chapter 9 bankruptcy protection.
Now they have a new plan – a “universal basic income” of $500 every month to every resident. At present, they’re funding their project with private money (a fool and his money are soon parted). The plan is touted by Stockton Mayor Michael Tubbs as the way forward to a bright future.
Nearly half of the population is hard core unemployed (no work history, high school drop out, drug addicted, living on government largess). The other half (45%) speak a language other than English and work off the books for sub-minimum wages, and as you might well imagine, Stockton is a sanctuary city. People who may work in Stockton, don’t live there. You don’t hear that refrain but it’s accurate. One of the more thriving businesses in Stockton is the bail bond business…but the bondsmen don’t live in town either.
Cheap illegal immigrant labor has depressed wages and other-than-citizens took the jobs previously held by Afro-Americans, leaving them with no work history, no hope of employment, no interest in education and drug addicted.
Oakland, California, a more depressed, vicious, drug-addicted and nasty ghetto city than Stockton, has taken the idea and doubled down. In Oakland, a startup is giving around $1,500 a month to a handful of selected recipients, with the aim also to study how financial health and well-being are affected.
Commentary – Money for nothing and chicks for free is an entertaining notion. Among those already living in a government housing project, receiving aid from a plethora of government sources, unemployed and with addictions to substances (the whole spectrum), another $1,500 a month will be spent – however. But what does that DO? Will the depressed and addicted residents of the projects use the $1,500 to find gainful employment? Don’t hold your breath.
In an effort to re-generate the sub-prime lending disaster that crashed the American economy, California liberals are desperately concerned that people of color who can’t qualify for loans don’t receive them from lenders. There is a cry of de-facto racism.
Eventually they will run out of other people’s money.