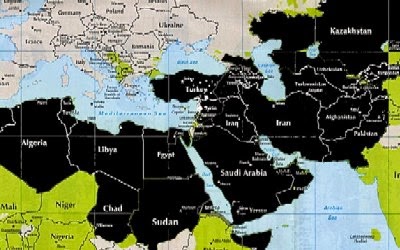 Outside of the US, the Obama Administration is viewed outside of the US as being completely incompetent. My default setting is to defend the US in almost any situation. However when it comes to our handling of the Caliphate, it’s difficult to step in there waving an American flag with any degree of credibility.
The only place where President Obama has any credibility is among his own people, because as you all know, the American voters returned him to office for a second term. Elsewhere in the world, people simply scratch their heads in amazement. The Americans, who can send men to the moon and build an “invisible” airplane, can’t tell a fraud when they see one.

Mandarins in the Pentagon are spending sleepless nights casting chicken bones and reading tea leaves to determine whether ISIS (and the Muslim World) is a threat to the security of the US. They could simply read history going back to Charles Martel and Charlemagne…but that would be far too simple. Those are the same people who feel that history shouldn’t be included in the Common Core curriculum, possibly because history is clearly Islamophobic.
Historical precedent notwithstanding, the US and the rest of the world still needs to figure out how they want to deal with the Caliphate. This president loves Islam. So don’t look for leadership anywhere but on the putting green.
WELFARE ROLLS
Newly released Census data reveals nearly 110 million Americans – more than one-third of the country – are receiving government assistance of some kind.
The number counts people receiving what are known as “means-tested” federal benefits, or subsidies based on income. This includes welfare programs ranging from food stamps to subsidized housing to the program most commonly referred to as “welfare,” Temporary Assistance for Needy Families.  (Fox News)
No society will survive wherein you have to rely on a smaller and smaller group of wealth producers to support more and more people who are not contributing to that wealth.
EXODUS

The news today is rife with companies either leaving California for another state (such as Ashima Devices) or companies leaving the USA (Burger King enroute Canada) because the US has the highest corporate tax in the world.
I was shocked in visiting Norway that their taxes are LESS than in the US. I didn’t think that would be the case. In Norway, that applies to both citizens and corporations.
I guess that all that freedom I enjoy does indeed require a hefty price tag.