The Bear and Friends 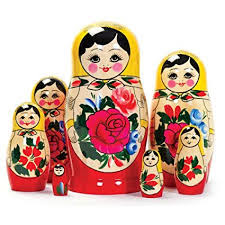 I wrote this piece for this blog last year (2018). Read it …and weep (if you must)…on second thought, it’s better if you don’t weep.

“Let me write a bit about mission creep and how we arrived at where we are: US military forces had a specific, narrow mission which originally was to capture Raqqa. They accomplished that.
Capturing Raqqa expanded into ensuring the Islamic State was permanently defeated, which won’t happen ideologically, but they can be denied territory and we did that.
Then the mission morphed into protecting the Kurds.
That expanded into blocking the Iranians.
Then came ensuring a government without Syrian President Assad; then staying until there was a political settlement and finally seeking a fundamental regime change but Assad can stay.
The US has never had a strong rationale for involvement in Syria. The images of then Secretary of State Kerry fawning over Assad during the miserable years of obamanation were as unnatural as the US supporting soldiers and Marines in a completely land-locked enclave that is mostly desert.
The US is not ceding Syria to anyone. It never had anything to cede. Despite dominating a third of Syria, the US has had no influence in Syria beyond the fight against the Islamic State.
The other parties live in the region, except the Russians. The Russians have had ties to Syria since 1946. They have had a naval facility at Tartus since 1971 by invitation. The Russians, Iranians and Turks filled all available political space long before the first US soldier arrived.
The US could not protect the Kurds. The US backing of the Kurds could not prevent their loss of Afrin Canton to the Turks in two major operations. None of the major regional actors support the Kurds. Russia tried and failed to arrange for the Kurds to attend UN-backed or Russian-backed political meetings.
Islamic State fighters remain in Syria and continue to relocate and reconstitute in many countries, including Afghanistan, Pakistan and Indian Kashmir. China is concerned about returning Uighur fighters. The US military success in Syria forced non-Syrian fighters to return to their homes, generating an Islamic State diaspora. Sorry China…no, not really.
The many Israeli air attacks against Iranians in Syria are a testament that the US military presence posed no significant obstacle to expansion of Iranian activities in Syria.
About Russia
The Russians have been a Syrian ally for 60 years. Their position has been strengthened because they did not have to fight the Islamic State. They added an airbase and signed a 99 year lease for the naval base. They used the civil war to field test their most modern weapons and all their field commanders. Most of that would not have been possible without the US effort that defeated the Islamic State. The Russians would have been required to commit far more forces than they have.
The Turks are the historic enemy of the Russians, Arabs and the Persians. The US intervention force distracted the Russians, Arabs and Iranians from that underlying fact. None of these parties will defend the Kurds, but they will now be able to focus on frustrating Turkish President Erdogan’s pretense to restore Ottoman dominance.
The Kurds want to create a federal state. That won’t happen, but the US has empowered them. With better arms, training and experience, they are better equipped to negotiate an arrangement with the Syrian government and to resist the Turks. If the Turks attempt genocide, US airpower will remain in the region and on call.
The next order of business will be the re-emergence of the old hatred of the Turks. Russia, Syria and Iran eventually will induce Turkey to withdraw its forces back across the border. Turkey’s invasion of Syria; its support for Syrian Islamic extremist groups and its dalliances with Russia and China will diminish its stature in NATO. When there was an Islamist threat on NATO’s flank, the Turks sided with the Islamists.  (At present, Turkey is host to about forty American nuclear weapons that we can use to light up the sky if the need arises. So America has a use for that alliance for the time being.)
With no US forces in Syria, the US will have the opportunity to have a relationship with Syria. In many indirect and important ways, the US military presence saved the Assad government by enabling its allies. However, the government in Damascus will be looking for opportunities to balance its dependence on Russia and Iran. The Russians will always be amenable to letting the US shoulder the costs of Syrian reconstruction.
As for Iran, Syria is a secular state, the last of the Ba’athists – pan-Arab socialists. Iran’s relationship with Syria during peace time always has been uneasy, bordering on unnatural. Religion has almost nothing to do with the Syrian-Iranian relationship. It is based on the Syrian confrontation with Israel. The practices and beliefs of the Alawite sect in Syria border on heresy and apostasy for Sunni and Shia Muslims of strict observance.
For years, Syria has allowed Iran to use Syria as the conduit for arms to Hizballah, enabling Hizballah to open the Lebanese front on Israel’s northern border. Tension between Hizballah and Israel is likely to increase and could lead to conflict, but the US presence in Syria has been tangential to that scenario, despite the best efforts of Prime Minister Netanyahu to draw the US into the larger Arab-Israeli confrontation.”

Communists, who loved the Union of Soviet Socialist Republics, such as presidential aspirant, Bernie Sanders, who honeymooned there, don’t like Russia. Why the change? Riddle me that one. In one case, it was atheist Great Russia, occupying captured lands and exercising collectivism that delivered huge misery to its people and to the revolutions that it supported. In the case of the Christian Russian Federation, there are elections, that are generally free and fair. It has a small GDP – smaller than Texas and is nine time zones in length and the place is frozen for 1/2 of the year. Its only export is oil, and that price floats, and involves US dollars (buying and selling currency).
There is no evidence that I’ve seen that suggests that Russia influenced one single American vote in 2016. Bitter Hillary and the mainstream media suggests otherwise, but they do so without evidence. A lot of Russian people like Vladimir Putin. He is re-elected. Let’s face it, he’s a lot more likable than Hillary and has likely killed fewer people to retain power.

America spends more on military hardware and manpower than the rest of the world combined. If the US couldn’t beat Russia, it’s clearly our own fault. Russia has been used by a brick bat to smack America with when it comes to budget time. The DC Beltway still uses them to threaten puppies and small children.

Russia does have nuclear weapons and Texas doesn’t have its own (more’s the pity), but think about the obligations for territorial defense on the limited income that Russia enjoys from all sources.

The US has more to gain by working with the Russians on the international stage than bickering with them. The Donkeys and the mainstream media are pushing Russia into an axis with China, and while they may have some interests in common, I’d rather see Russia threatening China’s northern flank. But that’s just me.

The geopolitical problem children are China and Iran.