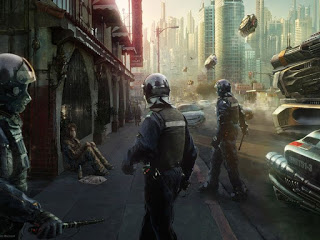 Facebook
Twitter
Pinterest
WhatsApp
A new fictional short series is coming to Virtual Mirage next week and I hope that you like it. I write these fictional shorts for you, the readers of this blog.

Just because the curtain is drawn inside the bordello’s window doesn’t mean that you don’t know what’s going on inside…
VIGILANTE MOON is set in a near-future dystopian American city. In a world not unfamiliar to readers of 1984 or Atlas Shrugged, John Dewey, a former police officer, has a secret.  He once taught classes in planned political kidnapping. Now having been made redundant, he’s turning those skills against the ruling party elite.

The gas lamp sizzled to life in the corner of the damp basement. Black water condensed and dripped from a corner, pooled and then migrated to drain through a rusted grate in the floor. From there it slurped slowly into the sewer. John Dewey didn’t care because the basement offered him one thing he could get nowhere else. Genuine privacy.

Nobody else knew that the room existed beneath the vault of the aging First Interstate Bank. Well, not until he told me about it and I didn’t say a word to anyone else.

If you all like the concept, I might write a book on the subject. So it’s a type of plebiscite.