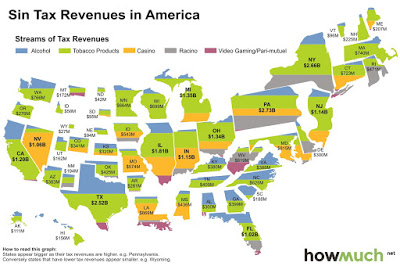 Facebook
Twitter
Pinterest
WhatsApp
Background     Here in the Arizona highlands, the resident sheriff’s deputy quit and went to work for the Arizona Department of Public Safety. Which means that if we call for help, it’s about 2 hours in coming. Most of the people in the area where I live are comfortable handling their own problems when it comes to ex-officio solutions. It’s unlikely that his position will be filled anytime soon because there are not many deputies who want to work in the mountains with a 2 hour response time to a frantic call for back-up. Our taxes should be applied to fund that single deputy, but if wishes were horses, beggars would ride.

Context and Precedence     The discussion turned to taxation and to excise taxes (An excise tax is a legislated tax on specific goods or services at purchase such as fuel, tobacco, and alcohol.) on the lottery, tobacco and narcotics, in places such as Colorado, where they justified legalizing what was criminal behavior because marijuana would be taxed. Those taxes would be used to support programs for crippled children, etc.
My take on sin taxes     If you are going to have them, the revenue should go to the problems that the ‘sins’ produce. For example, a cigarette tax should go nowhere but an earmarked fund to help treat cancer patients. An alcohol tax should be earmarked for alcohol rehab and to help the victims of drunk driving. A marijuana tax should only go to medical treatment programs for drug addiction. The Lottery or gaming tax proceeds could go to support programs that treat people with gambling addiction issues. In other words, the tax directly applies to the costs to the state for managing the fall out of the behavior or ‘sin’.
Police departments, fire departments, public schools, etc. should be paid for with a combination of sales tax or property tax in the way that they usually are (depending on where you live). As a member of a fire district board, we just raised taxes on the people who live within the district and benefit from fire and paramedic services. If you want trained, professional, full time fire paramedics available to help you when you call 911, you need to shoulder the burden of those services if you live in the district. Or you can vote the district board out of office, and find new board members who will reduce the tax. That’s how it works.

There are no commercial properties to tax here, and the fractional benefit to the fire district from state sales tax is quite small. Sin taxes are moot because no sins are sold here.

When special excise taxes are levied on ‘sinful’ products, there is always an expectation that the sin will continue and the taxes will roll in predictably, and that it can then fund schools and the money that had been used to fund schools can go to some politicians other pet project (almost always using your tax dollars to buy votes for the politician or to raise salaries for our hard working politicians). In Colorado, I’ve read of a degree of panic that set in when other states legalized marijuana and other narcotics and the anticipated revenue didn’t land in Colorado. Does that mean that they need to raise the tax on narcotics in Colorado (and would that drive the business to another state)?
In Nevada, where gaming taxes funded the entire state budget, a change in behavior by tourists where they are spending money on food/beverage, entertainment and hospitality rather than throwing their money away at the blackjack table created a species of crisis as lawmakers are being forced to raise taxes on state residents. I admit that the Nevada situation is more unique than it is elsewhere, but the pattern remains.
Your thoughts on the matter?