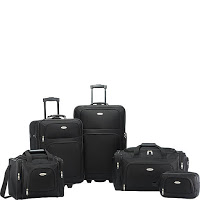 It’s difficult to live life without picking up ‘baggage’ – and I don’t necessarily mean that in a bad way. It depends on what the baggage is and on what we do about it. The worst is the baggage that we don’t know about, because that’s almost always problematic.
Our ethics, what we value (and by extension our metaphysics and epistemology) are revealed by our aesthetics. Think about what movies, TV shows, books, stories, blogs, or news articles you like to consume. The kinds of entertainment we like, or the fictional characters we identify with, act as a litmus test for our ethics.
What art is hanging on your wall? Is it realistic, like photographs, or hyper realistic paintings? Or is it abstract? What is the subject matter? All these things can reveal how you fundamentally view the world, and how you think about knowing the universe.
Just as asking about how one views consciousness will reveal their metaphysics, what one surrounds themselves with, or their aesthetics, reveals their ethics, and ethics is codependent on their metaphysics and epistemology.
We surround ourselves with what we find comfortable, reassuring, and by being invited into the home of a stranger and looking at those things, we can come closer to being brought up to speed than in any other way.
I visited a friend the other day who is in early stage alzheimer’s. He knows what will kill him unless he wanders under a moving bus first. The walls were bare, the furniture minimalist. Nothing remained of what had been since he and his wife sold everything and moved into a small, but clean and neat apartment. The stark walls and the capacity to pick up and move everything within half an hour or less made me uncomfortable. They have six children (three natural, three adopted) who are now adults. No photos of the grandchildren, no hint of — anything. The walls reflected his current state of mind. No baggage.

I don’t want to end up without SOME baggage. Then again, there are no hearses with luggage racks.