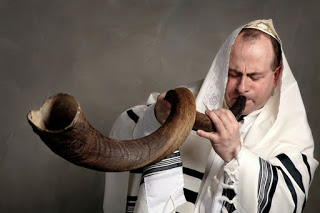 Facebook
Twitter
Pinterest
WhatsApp
The End is Near
(Fox News) Some religious folks are predicting the end of the world on September 23. This coincides with the Jewish celebration of Rosh Hashanah, which will begin in the evening of Wednesday, September 20 and ends in the evening of Friday, September 22. Rosh Hashanah is the warning of judgment (Yom Kippur) ten days following and the coming of the great and dreadful day of the Lord when people are judged. Ominous stuff.
Maybe North Korea will launch a nuclear missile at somebody and the retaliation (end of the world for them) will sound like the blowing of many ram’s horns as the American missiles augur in along ballistic trajectories? Who can say?
If you predict that the end of the world is coming every day, sooner or later, you’ll be accurate. Of course it could end for any of us at any given moment (ask not for whom the bell tolls).
Where will you be on September 23? I’ll be in AZ up on the White Wolf Mine property, not because I think that the world will be burned to a cinder on Sept 23, but because I planned to be up there hanging out and talking to people about the progress (and lack of progress) that I’m seeing. And because of the whole International Date Line thing, Sept 23 for me is Sept 24 for people on the other side of the rock, which means while I’m hanging out, being cool, all of them could be dead.
sic transit gloria mundi
Is Cotton Evil? 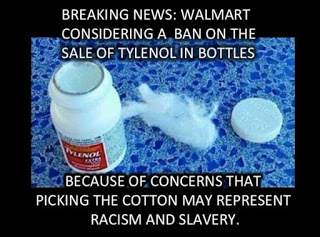 Some university students think so. My preferred shirts are all made of rip-stop cotton. What does that say about me? Separate from the referenced article, there have been suggestions made that Tylenol sold in California is racist because you ‘pick cotton’ (packing material) out of the bottle to get to the pills – thus it’s demeaning to inner city people.
What about Q-tips? Are they next? I wouldn’t be surprised. They’re like the banana peel in the tree. If an inner city college student sees a Q-tip, they need to run to their safe space. Who can blame them?
I can see Middle Eastern people rejecting wool as clothing material because some terrorist’s love interest had to be sheared so that you could have a nice wool suit. It provides impetus to Islam to wipe out more people… 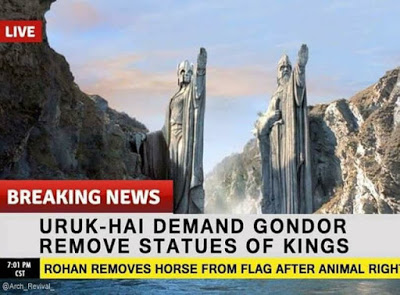