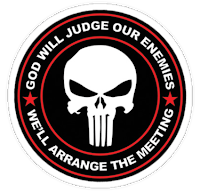 (No, it’s not Jules, a blogger from Nottingham -home of Robin Hood- who follows this blog and is a firearms enthusiast).

The conversation followed the familiar, tired rant that Americans are in love with firearms.
We are. It’s true. We have over 300 million of them in private hands. That means that Americans own 4.6 firearms for every citizen of the United Kingdom. Despite that fact, only two hundredths of one percent of firearms are ever used in a crime. That number is so small as to be statically insignificant.
There are trillions of rounds of ammunition in private hands in the United States. That number grows daily. Yet outside of the inner cities, populated by gangs and thugs and states that have tough firearms laws, crimes involving the use of a firearm are rare as a percentage of all crime.  It’s an odd statistic, but the more laws restricting firearms ownership, proportionally, the criminal use of firearms is higher.
The reason should be clear, but I’ll spell it out. Criminals are loathe to attack somebody who will shoot back. They are far more disposed to attack a harmless target.
I don’t suggest that the British adopt our firearms tradition. But shouldn’t free people have the option of adequately protecting themselves as well as the sovereign does?
It’s not about hunting or target shooting. It’s about an American RIGHT (not privilege) that preceded the Declaration of Independence from Great Britain, the Articles of Confederation,  the Monroe Doctrine, Jay Treaties, the Constitution and Bill of Rights.  Slaves do not have the right to arm themselves, but free people do. It all comes down to that.
Crimes against women plummet when open carry laws are enacted. There is a reason why. “Nobody ever raped a .38)
President Obama harps continually about people in “fly over country” who cling to their God and Guns. Well, we do.
__________ 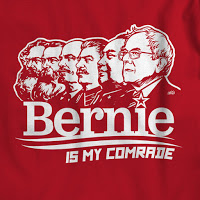 Oh, and Happy International Worker’s Day (May 1st). Celebrate with Bernie if you must. I won’t be singing the Internationale.
Comrade Bernie went to the Soviet Union on his honeymoon. Who does that? Even Russians (who can afford to) leave Russia to celebrate big events…nobody but Bernie goes there. Even Bill and Hillary found a better love nest than the “worker’s paradise”.  I’m sure that if elected he can travel there as a hero of the Motherland.